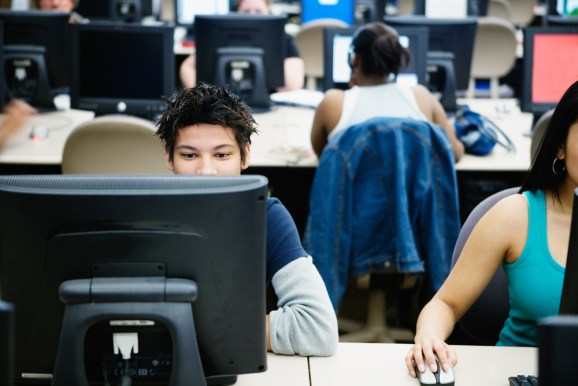 Coding boot camps, which generally focus on Ruby on Rails and front-end coding languages like HTML, CSS, and JavaScript, say they have job placement rates north of 90 percent. These intensive programs are generally selective and expensive. But do they really deliver results that justify their costs?

For example, Dev Bootcamp, offers 19-25 weeks of programming instruction for $12,200 and includes a week-long career prep program upon completion of the camp. The organization does not guarantee jobs but says a majority of its graduates find employment within three months of camp completion. Simon Chaffetz, in charge of student placement at App Academy, says 98 percent of its alumni have offers for, or are working in, tech jobs.

As boot camps proliferate — other names include MakerSquare, General Assembly, Hack Reactor, Fullstack Academy, and The Flatiron School — the question is, are they worth it? How many grads actually get jobs?

According to a 2014 survey of 432 coding camp graduates by Course Report, a site that catalogs coding courses and generates some of its revenue by serving as a lead generator to sponsored programs, the numbers are good — but not quite as impressive as those self-reported by the learn-to-code camps themselves. The survey of graduates from 48 qualifying programming schools found that 63 percent were employed full-time as programmers after their program completion, with 75 percent working some kind of job requiring the skills learned at a boot camp. Perhaps more interesting is the fact that respondents reported a $25k average increase in their salary after attending a coding camp — a 44 percent jump.

Fern Wood, a once-upon-a-time boot camper at App Academy who currently works as a developer for MindSumo, had a good experience: “What I love about boot camps is that it feels like a true meritocracy. I had classmates that ranged from top Ivy League graduates to someone who used to be a night janitor. It doesn’t matter where you’re from, only how far you want to go moving forward. Our cohort’s first job offer happened at two weeks, I believe. By the two month mark, nearly all of us had at least one offer.”

However, not everyone is sold on the boot camp phenomenon.

“I’m head of recruiting at a fast-growing startup in San Francisco, and I’ve interviewed numerous candidates coming out of the coding schools,” says Chris Nicholson of FutureAdvisor. “We are trying very hard to find good engineers, but we don’t have a large enough team to train many candidates who have more potential than experience. Huge tech companies, with large internal training operations or lower standards may make them junior developers. But the point is, they still need a lot of training.”

Robert Armstrong, CEO of Appstem, agrees: “We get resumes from people coming out of these boot camps, and even though we’re constantly looking for talented developers, this isn’t something we’ve considered. Our concern is the lack experience and that they’re unproven in their ability to create complex apps.”

Some say boot camp graduates should keep a this is only the beginning attitude about the skills they get from these programs.

“People who are coming out of any training program need to understand that the language they learned in the program isn’t the only one they should know,” cautions Alexander Leitner, who attended the Tech Talent South Ruby on Rails full-time boot camp in Atlanta the summer of 2014. “It’s more likely than not that they are going to need to read and code in languages that they’ve never used before at future jobs. These boot camps can only cover so much and after you finish them it’s up to you more than anyone else to keep pushing to learn more concepts.”

Some see learn-to-code boot camps as a way to open doors in the tech world to women, people of color, and other marginalized groups. For example, Seedpaths in Denver trains students who might not have otherwise considered a career in tech. The company pays its students to learn to code and works as an IT recruiting business. Its tuition is covered for most attendees by federal funding.

“What’s unique about SeedPaths,” says founder Jeff Macco, “is that our target market is young adults with barriers to employment, aged 16-30 years old. We’ve helped a homeless high school dropout go from a career as a convenience store clerk to making $35,000 per year as an entry-level software developer. Our graduates have found opportunities at IBM, DaVita, and Ball Corporation.” That high school dropout has since been promoted and is training others in his current role.

Learn-to-code camps can provide a path forward for a job seeker who sees them as a stepping stone into a junior-level position. Overall, a fast-track boot camp isn’t a terrible bet. While the numbers aren’t quite as stellar as the boot camps themselves claim, these programs can produce impressive results — if you’re ready to put in major hours.