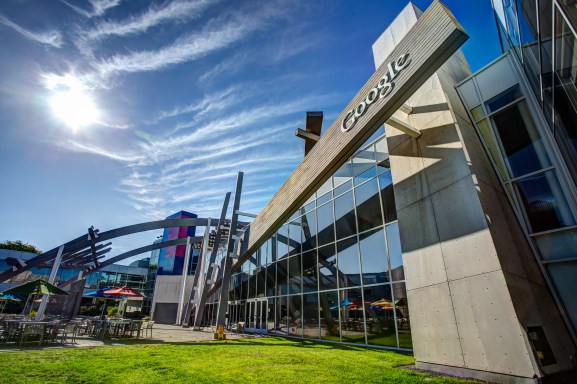 Google is trying to disrupt the oldest system of all — the methodology we use to decide who we hire and reward professionally.

Today, Google announced a new workshop that takes on the unconscious bias in the work place, appropriately titled Unconscious Bias at Work.

“We fill in the blanks because our brains are wired to do that,” says Google chief technology officer Megan Smith in a promotional video about the workshop. The roughly four-minute video introduces viewers to a host of employees and leaders within Google that are largely not old white men. They all talk about how unconscious bias, mental associations our brains make that help make sense of the world, may be preventing the tech sphere from diversifying.

Unconscious bias happens naturally. Our brain creates shortcuts or associations between people, places, and things that happen repeatedly. For instance, if every time you meet your friend Joe for lunch and he’s late, you’ll associate Joe with tardiness. “If we had to remember each circumstance, that would be too much information,” says Heather Berlin, an assistant professor of neuroscience at Mount Sinai Medical school.

Berlin says that Google’s initiative to change the way people are treated in the workplace is a good start, but bringing awareness to unconscious biases may not have the desired effect. Google intends for the workshops to make its workforce more open to diversity by focusing on educating employees about their inherent biases.

“The first step is education; we need to help people identify and understand their biases so that they can start to combat them,” the blog post reads.

Google’s motivation here is clear. Like many tech companies, it has a diversity problem — in that it’s not diverse. In general, science, technology, engineering, and mathematics (STEM) suffer from the same plight.

The problem with changing biases is a chicken-egg scenario. In order for people to develop associations between women and leadership or African-Americans and engineering, for example, people are going to need to repeatedly see diversity in those roles. The solution to changing biases, Berlin maintains, is as simple as saying there needs to be x number of women in leadership, for example. She points to gay marriage, which has seen an increasing amount of support in recent years. “It was an anomaly, but now because people see it more, and it’s more commonplace, the negative associations start to disappear,” says Berlin.

Only adding more diversity to a workplace isn’t easy. Tech companies, including Google, Facebook, and Apple, have tried using affirmative action to increase diversity with little success, partially due to a lack of diversity in STEM job applicants. But without changing demographic ratios, erasing biases will be difficult.

But she also says what Google is doing with these workshops, regardless of its inability to correct the unconscious consciously, is not a bad idea. Still, in order to change biases and achieve a more diverse workforce, ultimately Google just needs to have more diversity in its ranks.

In attempt to shift the statistics, Google has sponsored a number of programs that help give female and minority students access to computer-science opportunities, so that down the road the employment pool itself will be more diverse.

But another step Google could take, says Berlin, is to make the work environment more appealing to the people they want to attract. “Google is good at this,” she says. They made work more attractive to young people with games and services. Now the company needs to ask itself what its new target demographic wants. “You need to make the environment somewhere that these people want to be,” she says.

This article has been update to better reflect which companies use affirmative action.