Google’s Ingress augmented reality mobile game has been downloaded by more than 7 million people in the past year. Now those players can create their own missions in the game that other people can enjoy.

The launch of these user-generated missions could lead to much more content for Ingress, which is a sci-fi game where two factions battle each other in a fanciful landscape that is layered on the real world. But these missions could also get people walking around cities looking for well-known or little-known landmarks, akin to a scavenger hunt. It’s another feature that could keep the number of players for Ingress growing even though the game is more than a year old.

“I think it’s like a whole new game within Ingress,” said John Hanke, the head of Google’s Niantic Labs division in San Francisco. “Users can generate missions and go on them anywhere in the world. We view this as a global discovery tool. It’s a little slice of Minecraft inside of Ingress.”

Today, the missions feature goes live on Android. It will debut on iOS at a future date.

The idea for the missions was always there. But the question was how to create enough of them for all of the Android and iOS players who are spread out among 200 countries around the world. So the only way to really get enough missions for local players was to enlist them in creating the missions.

Google may wind up with millions of missions. But the best ones will rise to the top through a voting process, and each user’s own mobile search will return missions that are nearby. If you want to make a tour of an area, you can check out the missions near you. The best ones will teach you something about your surroundings.

“It’s like a mission in a classic role-playing game,” Hanke said. “You go out on a quest to a series of places.” 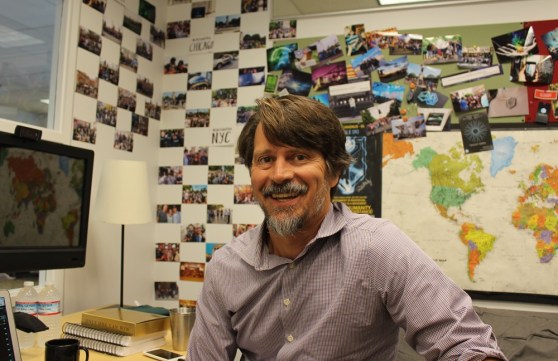 You can go to premarked “portals” that other players have set up. More than 10 million portals have been submitted, and a few million have been approved.

Or you can visit “Field Trip cards,” which are geo-located and include places like restaurants and bars that players have marked and described. Google has more than 200 Field Trip publisher partners who have created locations that teach mobile users about history, art, architecture, outdoor activities, shopping, and dining.

Niantic is creating its own missions as well. You can go to Gold Rush era sites in downtown San Francisco or micro breweries in Berkeley, Calif. The missions can also be mysterious. They may present you with a challenge at each site. You have to solve that challenge to get a clue for the next site, Hanke said. While you’re doing a mission, you can also get a lot of exercise. Hanke made a mission around Lake Merritt in Oakland, Calif. that takes you on a 2.5-mile walk.

“It’s pretty open-ended,” Hanke said. “We are giving the quest-making tools to users and letting them run with it.”

Other missions may require Agents to visit a series of places and perform an action like hacking or capturing a portal. You can easily create the missions on your mobile phone by selecting portals to use as waypoints in the mission.

Ingress has developed a strong community of users by hosting live, in-person events, known as Anomaly events. At these locations, the two warring factions gather in one place, such as a statue in a plaza, and fight for control of the landmark. More than 30,000 people have participated in Ingress events. That enables Ingress Agents to meet each other in person, make new friends, discover new places, and undertake interesting adventures.

The Niantic staff has scripted a lot of the story for the game and the events. But now it’s the player’s turn. At first, Niantic approved a white list of approved users to create missions, and it is opening that up to the larger group now. Currently, the Agents have to be at level five or above to create a mission. The Niantic staff will curate missions to ensure that no one does anything nefarious, like putting a pornographic picture in the mission description. The good missions will rise to the top via proximity and rating.

In a related matter, Google is launching an e-book version of the Ingress story on Oct. 6. 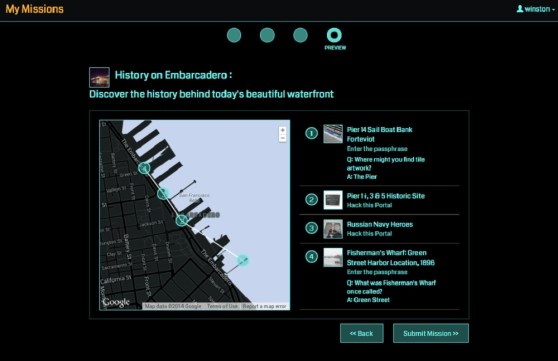