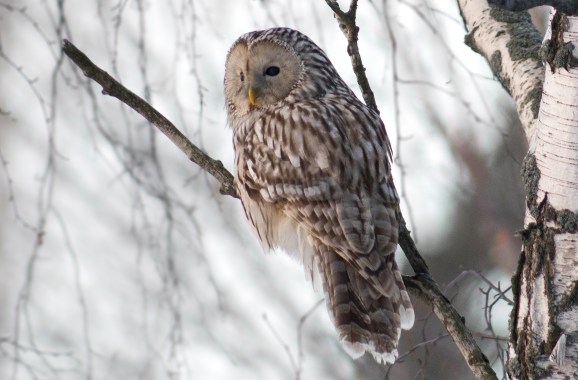 The folks at Hootsuite continue to be busy. Today, the social media management provider announced $60 million in new financing, the acquisition of a social telephony company, and the addition of voice to its platform — plus the CEO is teasing more advertising tools.

Venture Partners, Accel Partners, OMERS Ventures, and Silicon Valley Bank participated in the new round. It closely follows on the heels of $35 million announced earlier this month, and a massive $165 million raise a year ago.

We’ll be “doubling down on our product, making further acquisitions, [and continuing] expansion” into such areas as Latin America with the new money, CEO and founder Ryan Holmes told VentureBeat.

The acquired company is Zeetl, which provides social voice technology to support customer service and social selling. Holmes said the company “was acquired this month,” and he declined to disclose any deal terms.

Earlier this month, the Vancouver-based company bought Brightkit, which offered customized social marketing campaigns. The acquisition led to the launching of a “Campaigns” service on the Hootsuite platform, with social contests, sweepstakes, and galleries. In January, Hootsuite bought social analytics platform UberVU.

Holmes told us that a use-case for the new voice option might be someone complaining on Twitter or Facebook about lost baggage on an airline. The airline, using Hootsuite, could find that complaint and, previously, might have sent a private message with a phone number to call so the issue could be resolved.

Now, Holmes said, an agent can simply send a link to the customer’s mobile device. Although publicly available, the link is accessible via authentication only to the targeted customer.

The link leads to a dedicated local support phone number or to a SkypeID, and the call is then routed to the company’s customer service center. The call arrives bundled with the original customer complaint as well as the customer’s social profile, so the agent has some context.

The dedicated phone number or SkypeID can become available for other customer interactions, or remain reserved just for follow-up conversations with that specific customer. The voice service is oriented toward mobile, although Holmes said, depending on a computer’s configuration, the link can also work on desktops and laptops.

In addition to resolving issues, he noted that such voice support is also “great for social selling.” Hootsuite might detect, for instance, someone on social media looking for a new backpack, and a backpack-selling company could send them a link for a dedicated phone or Skype conversation to provide more details and make the sale.

Holmes also told us about “better tools for social advertising” that are now in the works for the platform. He said some customers are beta-testing a version of this now for Twitter, Facebook, and LinkedIn, and there will “probably” be a Q1 release. While he didn’t go into details, he characterized the new ad tools as “focused on simplicity.”

The “broader theme and bigger vision here is [that Hootsuite] is a suite of tools that will help businesses excel,” Holmes said, including tools for social publishing, engagement. analytics, campaigning and more.