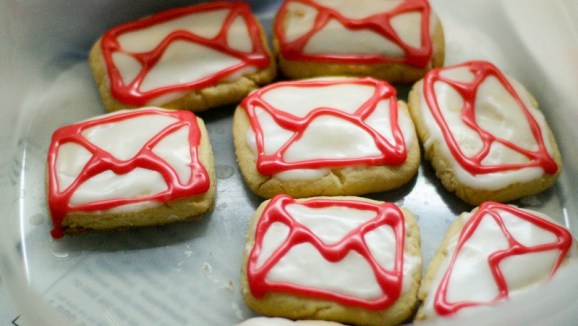 Salespeople’s jobs are all about communication. They email, they call, they meet, and they need tools to help them do that.

Email-tracking company Yesware has been working on helping them handle email communications, and today the company is finally bringing its tool to the iPhone.

“This is a natural outgrowth of our strategy from the beginning. So it’s a huge, huge, and exciting development to say that Yesware For Mobile is out,” Yesware chief executive Matthew Bellows told VentureBeat in an interview.

So far, Yesware has been available for Gmail, Outlook, and as a Chrome and Firefox extension, providing email tracking, analytics, templates, and Salesforce integration, among other things. The company’s new iOS app is meant to take the place of the salesperson’s email client on mobile, offering most of the desktop features and capabilities, though tailored to a smaller screen. It’s like “a super-powered email client for your phone,” said Bellows.

While the app can integrate with the desktop version, it can work independently, which is an important user acquisition strategy for Yesware. About a fourth of the folks who signed up to be in the app’s beta test were new Yesware users, Bellows said. Clearly, a mobile email tool for sales is important to a lot of salespeople.

Another important feature specific to the mobile app is the ability, with a simple swipe, to call a prospect right from an email thread, presumably after seeing that the prospect has recently opened the email. Studies show that calling right after a prospect has opened an email results in about a 30 percent rate of connecting with them, compared to the one to three percent overall industry rate, according to Bellows. The team is working on integrating this feature into its desktop version, although it’s likely not as natural of a fit as the mobile version by the sound of it.

But there’s a bigger strategy at play with this new launch.

“The reason why the mobile launch is so crucial for us … is because it’s the first example of us moving out of email,” said Bellows. He defines the three areas salespeople spend their time in as: email, phone calls, and meetings.

Although the company got its start, and pretty much is still, in the email realm, it does want to eventually provide tools for all areas, Bellows said.

He wouldn’t reveal any details, but he mentioned that on Oct. 7, the company will be announcing something new, and it sounds like it won’t be an email tool.

In the meantime, Yesware is also hard at work finishing up its Android email app, not only because 40 percent of its customers use Android phones, but also because Android co-founder and Yesware board of directors member Rich Miner would probably like to use it too.