EA Sports’ FIFA series is a big deal. While Madden NFL gets all the of attention and quirky marketing campaigns featuring Hollywood celebrities, its non-American football cousin rules the global sales charts when it comes to the virtual sports.

So with the arrival of FIFA 15 — available now on PlayStation 4 (played here), Xbox One, PS3, Xbox 360, and PC — we should all rejoice and tap into our pint-drinking, soccer chant-singing hooligan sides, right? 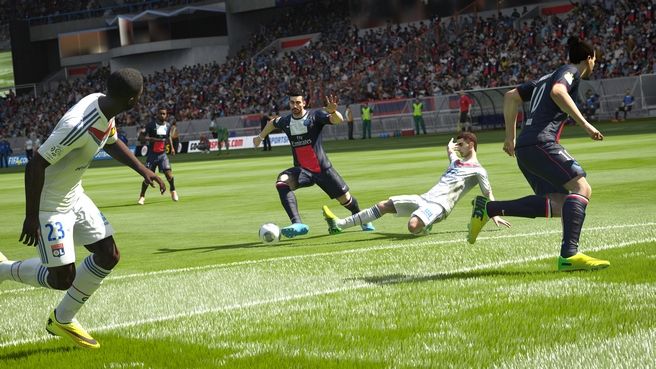 Above: The title brings new features and gameplay tweaks.

Well, here’s the problem. Like with any yearly gaming franchise, FIFA doesn’t really feel that different. The new one is solid — in many cases great, actually. But it’s FIFA. You’ve played it before, probably, and 15 hasn’t really changed its game.

Like an aging superstar, it still delivers when you need it to, but you’ve already seen its sweetest moves.

If you’re one of the following types of fans, however, FIFA 15 might be just the soccer game you’re looking for.

Have you declared your love for the London club Arsenal? Or are you a supporter of cross-town rival Chelsea? Do you know all of the lyrics to the Liverpool anthem “You’ll Never Walk Alone”? Have you debated Wayne Rooney’s hairstyle decisions with someone who isn’t as big a fan of the Manchester United striker? If you answered yes to any of these, you should check out FIFA 15.

The latest FIFA goes all-out when it comes to the Barclays Premier League (BPL), the top flight of British football. Unlike previous editions, 15 features every stadium from this year’s Premiership. So, if you’ve always yearned to play a game against your best mate at Hull City’s KC Stadium, you’re in luck. To keep with the BPL theme, EA Sports scanned more than 200 new players from the different teams, too. 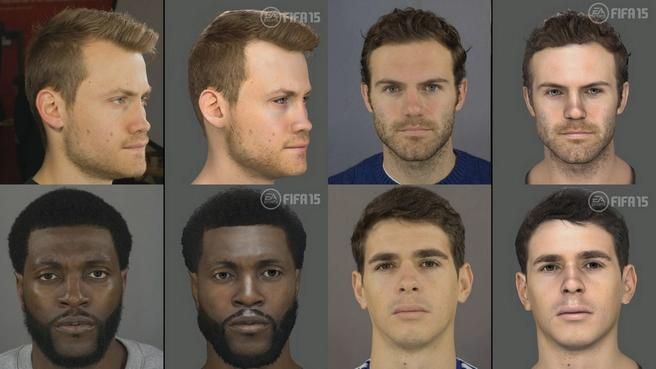 Above: EA Sports scanned many players from the Premier League for FIFA 15.

This all culminates in an impressive presentation. Premier League matchups feature specific overlay graphics that are characteristic of what you’d see during an actual telecast. Fans chant uniquely for their beloved clubs. You’ll even get to see the fancy new “goal-line technology” in effect to show if a shot has crossed the goal line whenever such a play is in doubt. 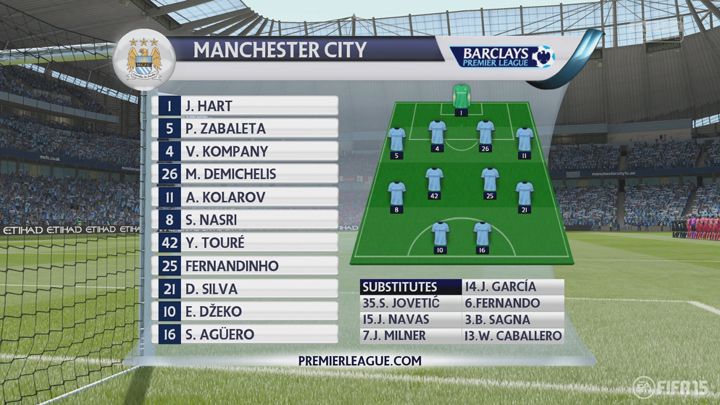 Above: Authentic Premier League overlay graphics add to the presentation.

The FIFA series has always been strong in these areas, and the enhanced BPL integration is one of 15’s most compelling new features. Knowing how the league is gaining considerable traction in the U.S., FIFA 15 might serve as many new fans’ first foray into digital soccer.

2. New Xbox One and PlayStation 4 owners

Last year’s FIFA debut on the Xbox One and PlayStation 4 was a capable, albeit incomplete, release. This year’s title has all of the features that franchise fans would come to expect. Plus, the developers have had more time to let the next-gen Ignite game engine mature.

The beefed-up graphics are here, and the overall (not just BPL) presentation is more nuanced. Like with last year’s Ignite rookie offering, pre-game ceremonies include more camera angles. The crowds are a lot more detailed. You can make out the blades of grass on the field if you zoom in closely. Player models look better as well. 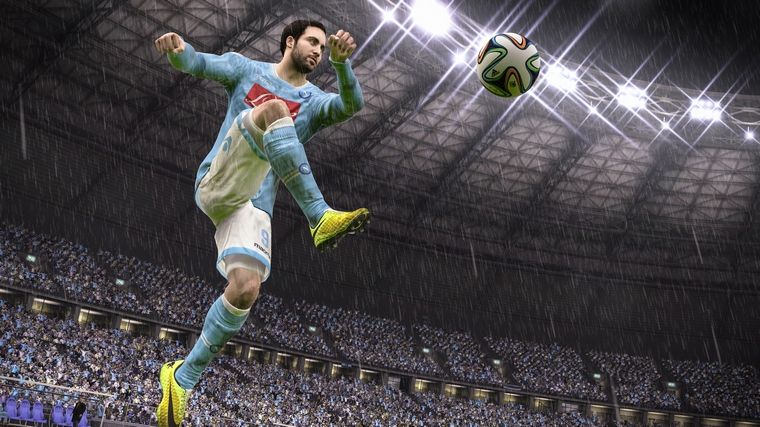 Ignite also provides for improved physics, which enhances the gameplay. Passing and shooting feel realistic and have a nice weightiness. The ball has a natural, unpredictable nature to it. Players jostle constantly. Defenders will grab jerseys and slide aggressively into opponents, causing chaotic collisions. These elements, combined with updates like enhanced goalkeeper A.I., lead to the type of gameplay you’d want from FIFA.

If you threw down the dollars to buy FIFA 14 last year with your brand-new console(s), however, 15 isn’t worth a further investment. It plays pretty similarly despite the fresh back-of-the-box additions. I didn’t find the more aggressive (and amazingly athletic) goalies to be that innovative. And the graphics, while decent, could be more lifelike. With added horsepower, you’d think that the players would look less plasticky and doll-like.

Do you consider yourself an evangelist for the franchise, preaching the good word of EA to the masses while trying to convert your fellow Pro Evolution Soccer-playing colleagues? Then don’t let me stop you from getting the latest edition in your favorite soccer series. FIFA 15 is still plenty good.

I enjoyed the aforementioned gameplay tweaks. In addition to the reworked goalies, you now have more precision when dribbling while sprinting. Players get chippy with each other after fouls. Plus, the new team management interface is tremendous. Switching up your lineups is a snap, and you can quickly save multiple formations to have at the ready. FIFA Ultimate Team is there for all of you who can’t get enough of the squad-building mode. 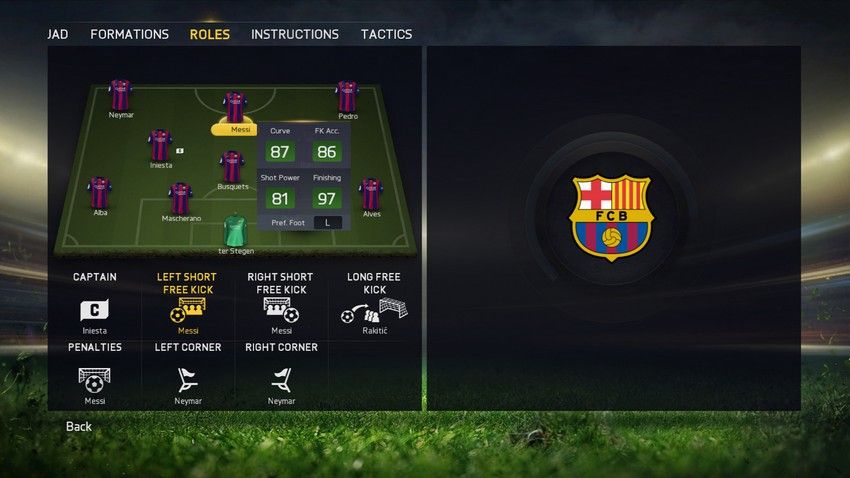 Above: The new team-management system is terrific.

For me, these tweaks are nice, but they just aren’t enough to call FIFA 15 a watershed release. I wanted more fundamental improvements.

So, what about everybody else?

EA’s latest effort at replicating the beautiful game is successful, just as its previous attempts have been. But that’s the thing. Last year’s release was also good, and I just don’t see the reason to get 15 if you already have 14 — unless you fall into one of the categories above. Truth is, FIFA is starting to hit a lull, which is a common problem with these types of annual franchises.

With the new consoles, last year was a real opportunity to do something fresh. Instead, EA chose to stay the course and change very little — even when competitors are starting to catch up.

The company still has a world-class soccer game in its portfolio, which you probably will still love, but it needs to start doing more to stay ahead on the scoreboard.