Easy to play, easy to die — and hard to put down

Joe Mirabello explained the reasoning behind new new FPSes. He’s manager and sole developer at Terrible Posture Games, which released the Tower of Guns roguelike FPS in March. It’s $15 on Steam and other sites. 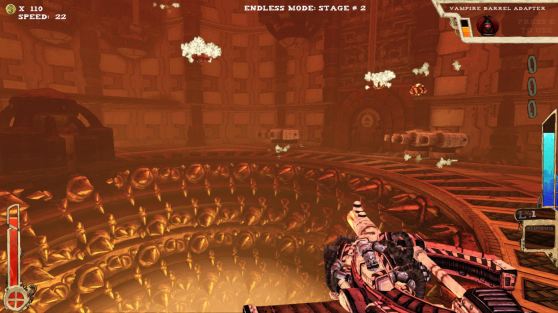 Above: Tower of Guns combines roguelike elements, an FPS structure, and fun additions like rocket-launching shotguns.

“All those secondary mechanics — the randomization, the absurd varieties of enemies and items and situations, those are there to help make learning how to play the game into something fun. I tried to capture that attitude with Tower of Guns by treating the player’s own familiarity with the rules as a progressing element in the game.

“I also tried to design the game as if I were 8 and needed to put spikes on everything and fill the sky with 200 bullets. That turned out to be pretty fun, too.”

He’s not kidding about the bountiful bullets:

One roguelike leads to another

Vellmann said Heavy Bullets started as a standard FPS, but then, RPGs influenced its development.

“I was playing mostly Spelunky and Binding of Isaac and was really interested in how their systems worked. When it was time to think about the levels in [Heavy Bullets], it just seemed like the way to go.”

The indie randomly generated action adventure games inspired the developer to create a game where the levels were generated by machine, not developer. Spelunky is a 2D, detailed side-scrolling game following a cave adventurer; Binding of Isaac is a top-down game following Isaac’s battles with monsters in his basement.

“I like that it requires less planning and more play testing and refining. It’s also cool that the game will catch you off guard or that something unexpected will happen while you’re play testing.”

Michael Maulbeck is the lead designer and programmer for Paranautical Activity at Code Avarice. The game is in beta now and will release Oct. 17 on Steam and other locations for $10. It offers a variety of classes and weapons in a blocky Minecraft-style FPS. He said the sub-genre expanded quickly.

“When we started working on Paranautical Activity, there weren’t any other roguelike FPSes — none that we knew of, at least. Within a few months of development, we met lots of people working on similar projects,” he said. “It was pretty wild to see that we all had more or less come up with the same idea at the same time.” 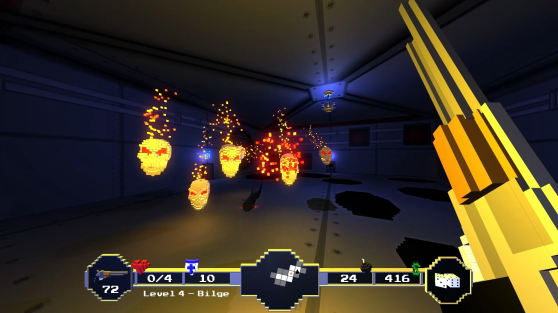 Above: Paranautical Activity’s user reviews have been excellent — other than lambasting Code Avarice for not providing promised multiplayer modes.

Maulbeck said he was also inspired by playing The Binding of Isaac.

“Pretty much all my game ideas are ‘I wish X was an FPS.’ So when I started watching Binding of Isaac ‘Let’s Plays’ on YouTube, I immediately made the connection and had to do it.”

He started with random levels and permadeath while adding time management as a factor after reading up on the roguelikes, he said. Now, if you don’t clear levels in a certain amount of time, an unkillable ghost comes to chase you down. 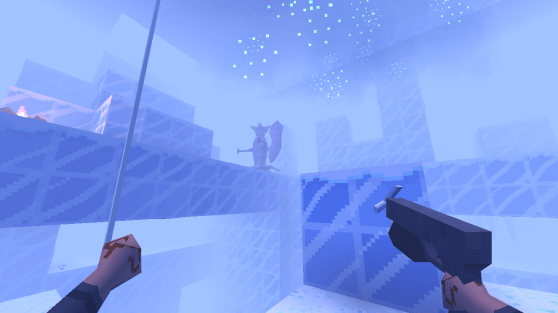 Above: Eldritch is technically a first-person action game, not a first-person shooter. But, it was one of the first titles to cross roguelike elements with shooting levels.

David Pittman, a cofounder and developer at Minor Key Games, credits Spelunky on the roguelike side and Deus Ex and Dishonored on the FPS side for his inspiration to create the project.

“When I started designing Eldritch, there weren’t as many roguelike FPSes on the market to look at. I found some inspiration in the unfortunately titled ManDoom, a mod of the original Doom, which adds the essential roguelike flavors of permadeath and random map generation.”

A genre that makes it easy for small developers

The new structure is perfect for indie developers, Pittman says, because it allows them to focus on the concept rather than level building.

“First-person games are my bread and butter. I never ever considered doing something else. But as an independent developer with limited resources, I couldn’t afford to make a game with the broad scope of contemporary FPSes,” Pittman said.

“Procedural level generation made the most of my time by extrapolating a few hours of level design work into a near-infinite set of maps.” 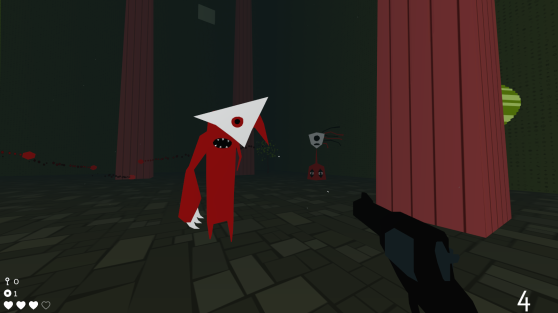 Above: Fancy Skulls combines the elements of procedural generation, items, and permadeath with a shooter.

With the steady stream of indie games in the genre now on the market, most developers said they expected to see some interest in the genre from mainstream studios.

“I think there is interest in roguelikes of all sorts, and I think this genre will flourish and evolve,” said Alexander Tequibo, developer of the roguelike FPS Fancy Skulls ($9 on Steam). The game offers traditional RPG elements in a fast-paced shooter with an interesting paper-cutout graphic style, and has been cited by other developers as an influence on the genre.

“A simple mashup of these mechanics isn’t novel anymore, so I predict we’ll either see iteration and polish on this blend to make better results or perhaps further mashing with other genres or subgenres,” Tower of Guns developer Mirabello said.

Heavy Bullets’ Vellmann has a suggestion for what kind of mashing might be fun.

“Someone should make a horror-FPS roguelike. It would be awesome.”