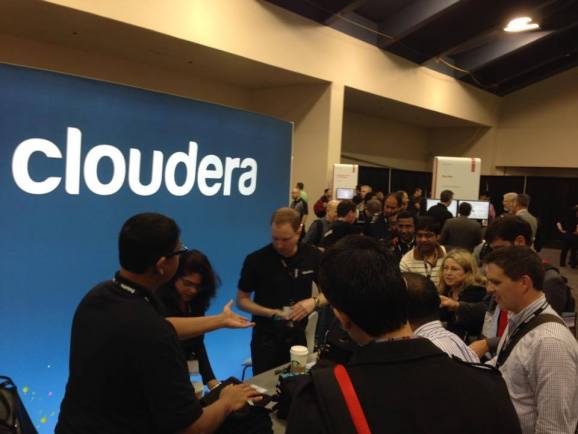 Updated Tuesday at 10:18 p.m. Pacific with Cloudera’s confirmation of the deal.

A hint of an acquisition came yesterday morning, in the form of an email to DataPad beta users announcing the service’s closure. But the startup didn’t name its buyer.

It turns out Cloudera, which earlier this year announced hundreds of millions of dollars in funding from chip giant Intel, is the company making the acquisition, a source familiar with transaction told VentureBeat.

While the startup’s cloud-based service for quickly creating charts had picked up lots of users, that popularity didn’t necessarily translate into paying customers.

“I think this for [Cloudera] is more of a talent buy,” the source told VentureBeat.

And that makes sense considering where Cloudera has been heading. The company has been focusing on building a platform based on Hadoop open-source software for storing, processing, and analyzing different kinds of data, while startups like Platfora provide business-intelligence tools that run on top of Hadoop. Cloudera wouldn’t suddenly expand its operations into the world of running applications on top of Hadoop after the acquisition of a 10-person startup, the source said.

Rather, Cloudera gets a solid team in San Francisco-based DataPad, including chief executive and co-founder Wes McKinney, who created the popular Python-based Pandas open-source library for data analysis.

“He’s going to leverage his skills and focus on technical stuff,” the source said.