If you’ve been on Facebook or Twitter in the last week, you’ve probably heard a lot of people talking about this thing called Ello. If you tried to sign up to see what it is, you would’ve gotten a message back saying, “We will invite you as soon as we can. Ello is currently in beta, and we are inviting new users in small groups as we roll out new features.”

One of Ello’s founders, Paul Budnitz, told Betabeat that the site has been receiving more than 30,000 of these sign-up requests per hour this week. The only way to get an account is to receive one of five unique invite codes that every user gets. This has caused quite a stir, and it’s gotten to the point that people are actually purchasing invites from other users on eBay, with prices ranging from $5 to $500.

So, what is Ello?

Ello is a free, invite-only, independent social network, with no export tools or an application programming interface (API). It is bright and clean and promises, in its manifesto, to stay ad-free, to never sell your data, and to not force you to use your real name. I was able to get an invite from a friend and have been playing around with it for a few days. 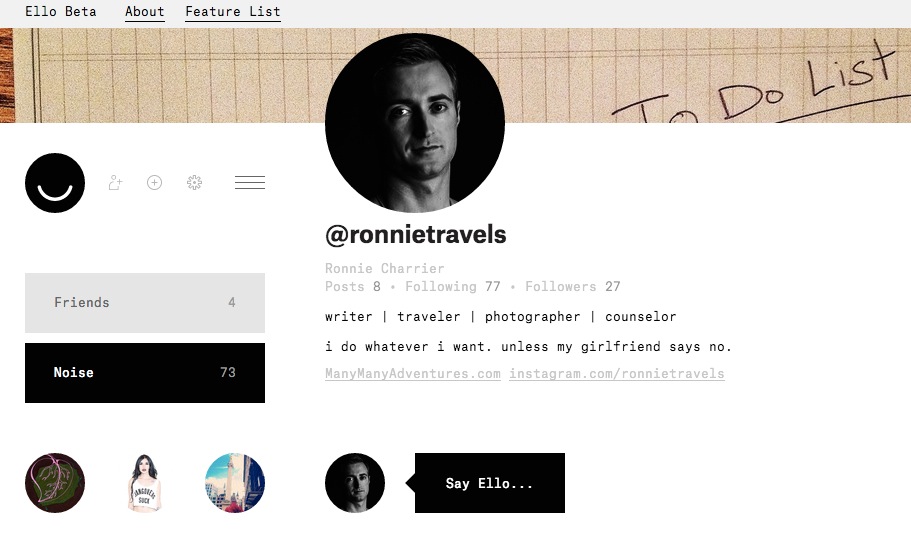 Wait, it has a manifesto?

Yes. And it’s genius. I could, and might, write an entire piece on the brilliant marketing strategy they’ve used, but for now, let’s just say they make it quite clear who their target is. 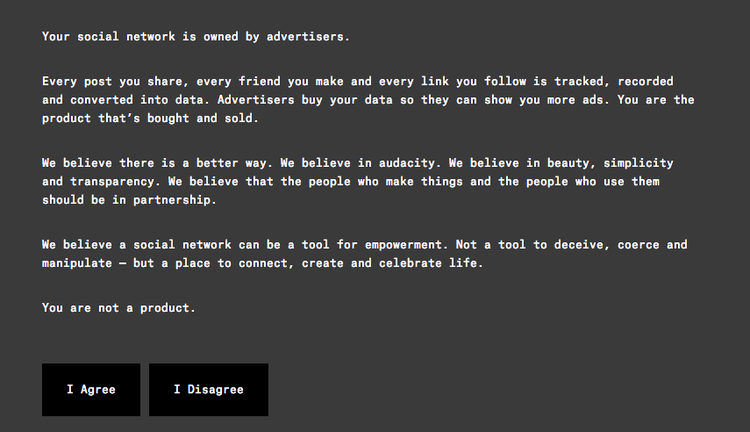 Why is this getting so much buzz?

Ello actually launched in April and was mostly used by only about a hundred of Budnitz’s friends. You could point to a number of different reasons that Ello has gained so much popularity in the last week — their marketing being one — but the main reason, it seems, is a new Facebook policy cracking down on users who don’t go by their real names. This caused an outcry from members of the LGBTQ community, and when you see Ello’s zero-tolerance hate policy, something neither Twitter or Facebook has, you see why there is so much debate going on.
Added to that is many people’s growing frustration with Facebook, which is evident in one Ello user’s post:

@lmorchard: FWIW, I’ve thought of every social network since LiveJournal as some huge party thrown by people I usually don’t know yet random assortments of old & new friends tend to show up. The Facebook party is weird because my Mom & Grandma showed up. I’m amazed at how long some of these parties have gone on, and it seems like there are some weird people wandering around trying to sell shots of peculiarly branded booze. That usually means it’s time to go home and/or go onto the next party.

What’s so different about Ello?

Timing, mostly. It’s really not all that different from Facebook or Twitter: You have a profile, you can change your image and banner, you update your status, you share pictures, you add friends. But, and this is the but, there are no ads. And it’s this promise – that you’ll be able to spend more time interacting with your friends instead of being inundated with sponsored ads, game requests, and Facebook’s never-ending app integration — that’s causing so many people to take the time to see what all the fuss is about.

What do I think so far?

It’s certainly a different experience. It’s obvious from the outset that they are trying to be anti-Facebook, but the problem with that is that Facebook has spent a lot of time and money making itself user-friendly. Being new and different can be cool, but that only lasts so long if the experience isn’t intuitive and user-friendly. There are certain times that you can definitely tell that Ello is still in beta and has a lot of bugs to work out. There’s also a glaring lack of features, most notably user blocking and a mobile app. It does have a list of upcoming features that it says will be available soon, which you can see here: 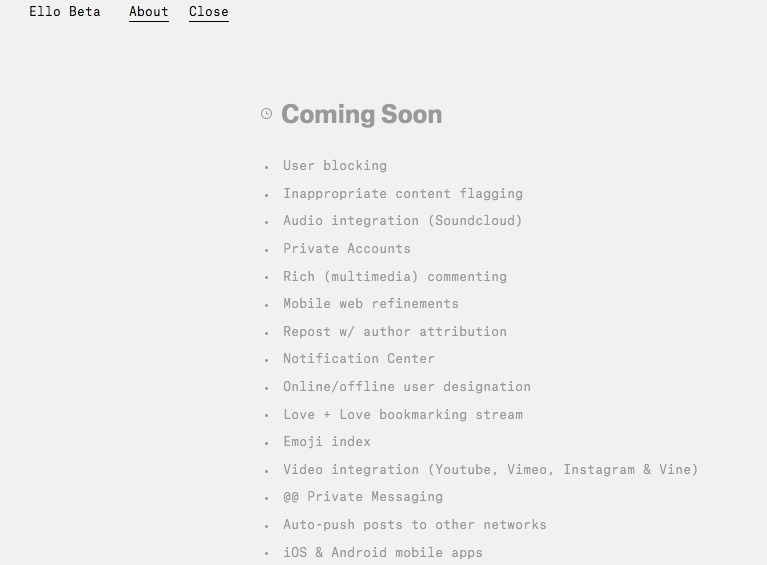 It’s not all bad, though. The simplicity of the interface is very straightforward, and the feed is extremely fluid. There’s not a character limit like there is with Twitter, and you can posts GIFs and do some other fun stuff that you can’t on Facebook. There’s a couple of interesting things like the Ello Facemaker tool, which lets you paste the Ello logo on your face, hiding your identity or just showing your support for the new site.

If I were to give it a grade, I would give it an incomplete. There are some nice ideas here, but it still has a long way to go. And where it goes is the most interesting part of all this.

Can it really stay ad-free and survive?

Probably not. As reported by Gawker, Ello received venture capital funding back in March for $435,000. Venture capitalists are not like Kickstarter or crowdfunding projects and don’t just give money away for goodwill. There will certainly be outside pressure on them to make money, both for themselves and their investors, and that is bound to shape the direction the company goes in.

One way the startup will try to do this, they say, is by introducing new “special features,” which people will be able to have permanently by paying a small, one-time fee. While this certainly shows the startup’s desire to think differently to keep the site ad-free, it’s hard to imagine this both generating enough revenue to keep the site afloat and not causing people to flee back to their already free social media sites. Don’t forget, Facebook was also once a free, “product-first” company when it started.

It’s up to you. You’ll have to get an invitation first, but I doubt that will be too hard in the coming weeks. It depends on what you want to get out of your social-media experience. And you might go through all this trouble for nothing. It is going to be a long, uphill battle for Ello to succeed, and it seems unlikely that it can stay both ad-free and hate-free the entire time.

But for now it is, and that’s something. 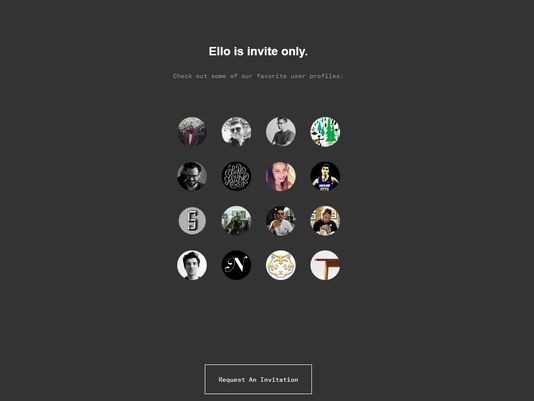