The $200 device is the first fitness and sleep-tracking device that Basis has released since Intel acquired Basis Science for an estimated $100 million-plus in March, and its release signals that Intel is serious about being a player in a fast-growing segment that Apple is targeted with its upcoming Apple Watch.

The Basis Peak watch has a new touchscreen design and improved sensors for automatically detecting your movements. It has more precise 24/7 heart-rate monitoring without the need for a chest strap. With the heart-rate data, Basis can figure out when you are sleeping and track how many minutes you sleep. The device has a battery life that lasts up to four days now, which is much better than the previous version, and it is water-resistant.

Basis promotes its fitness tracker as the most comprehensive of any product in the category, short of devices worn by professional athletes. The new watch applies a lot of lessons that Basis learned the first time around.

Basis loaded up its previous $200 Basis Health Tracker device, launched in 2013, with multiple sensors that could track how many steps you walked in a day as well as your heart rate. It could detect your sweat level and come up with a more accurate measure of how many calories you burned in a day. Then the company upgraded the software on the watch to track whether you were running, walking, or biking. It also came up with a more refined measurement of your sleep habits. 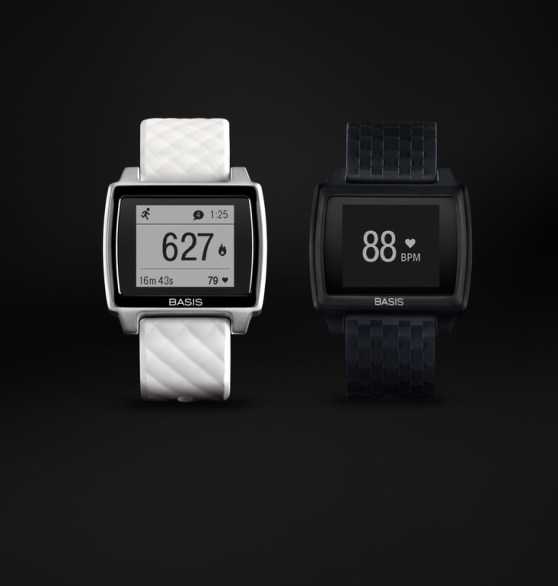 By measuring those habits and keeping records on how often you hit your targets for physical activity, Basis helps you develop healthy habits and real behavioral change. I’ve worn the Basis Health Tracker just about every day for more than a year, and it’s always interesting to see how much sleep and exercise I get — or don’t get — during the week. There are improvements that I’d wish for, such as more accurate measurement of my physical activity when I’m in my kickboxing class (when I’m standing still but still exercising), but I’ve been very happy with it so far. I had to charge the device every day or two, and I had to upload the data every few days as well.

The new device has a reengineered optical heart rate engine with more powerful sensors for improved accuracy and consistency. I can see from the image of the back that the watch now has two optical sensors in the back. These shine a light into your skin to detect the blood flow. From that, the band can calculate your heart rate.

Peak also uses sensors like accelerometers, temperature gauges, and galvanic skin response sensors to detect your movement, perspiration, and skin temperature. Peak has enough water resistance to be used while swimming now. It is also capable of displaying smartphone notifications like incoming calls and texts, a feature that will be introduced in the future.

“Since our first product, Basis has continued to set a high standard for rich data and insights for both fitness and sleep,” said Jef Holove, general manager of Basis, in a statement. “Now with Peak, we’ve achieved an even higher level of performance and extended functionality, delivering an all-in-one device to help people live healthier day and night, at work or working out.”

The BodyIQ technology in the Basis Peak will be able to tell if you are walking, running, or biking. And it will be able to track your rapid-eye movement (REM) sleep, deep and light sleep, tosses and turns, interruptions, and overall sleep quality. Basis will give you “credit” awards based on when you beat your goals in your daily routine.

The Basis Peak also has a customizable design. It has a forged aluminum body with a Gorilla Glass 3 touchscreen. It has soft, breathable silicone straps that are customizable. Basis will offer two options: a black matte module with black and red-accented straps, and a brushed aluminum module with white and gray-accented straps. You can change the bands if you wish, and presumably Basis will come up with more strap options in the future. The Basis Peak can withstand five atmospheres of pressure, as far as water resistance goes.

You’ll be able to use Basis iOS and Android apps to enhance what the wristwatch itself can show you. It will display basic metrics such as steps, calories, and BodyIQ fitness and sleep. It will also show rich sleep, activity, and habit insights to keep users on track. The Basis Peak will be available in early November at select retailers, including Amazon, Best Buy, and REI as well as www.mybasis.com. It will launch in the United Kingdom and Canada by the holidays.

Previous bands will be supported but no longer available for purchase. Basis is going to have lots of rivals in the market, including the upcoming Apple Watch, which will carry a higher price tag and will be customizable with all sorts of apps.

The previous Basis band was ahead of its time because it measured heart rate, but it was also more expensive. Other bands from Nike, Jawbone, Body Media, and Fitbit focused on counting steps and sleep. But rivals like Samsung say they will add heart-rate tracking to future devices, and pro athlete solutions claim to track biometrics more accurately, using more expensive sensors. 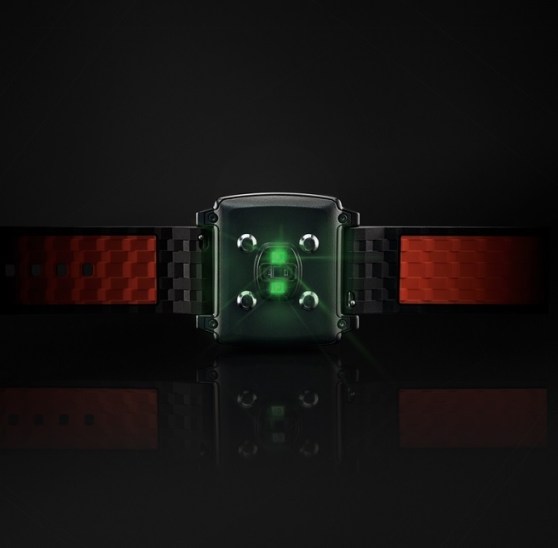 Above: Basis Peak back side