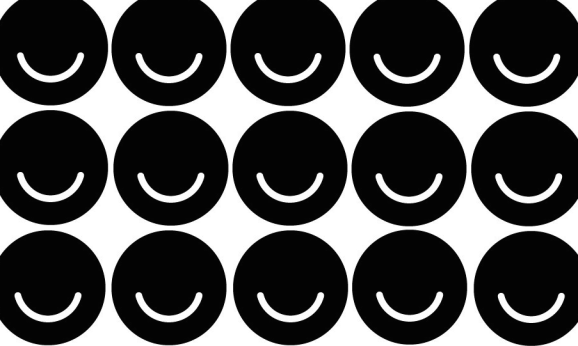 Ello, the new buzzy social network that doesn’t show ads or collect personal data, isn’t just the latest fad for the cool kids, and asking how Ello will make money is the wrong question.

Ello is a referendum on personal data-driven web advertising, which is being slowly and carefully ratcheted up to a saturation point.

We may already be there. Third-party cookies are running rampant in the browser, and retargeting (you, know when that ad follows you around the web) is happening more than ever. Meanwhile the biggest social advertising force on earth, Facebook, is becoming an ad network where brands can leverage Facebook’s knowledge of you to help target ads at you all over the web.

When Facebook was midway through its rise to world domination, some wise person told me: “If you don’t see what the product is, the product is you.” He meant that Facebook’s service isn’t seen as a “product” by consumers because they don’t have to pay for it. It’s the data users deposit there that’s the product — advertisers pay to use it to target their ads, on Facebook and off.

“We don’t really consider Facebook to be a social network. We consider it an advertising platform because their real customers are the advertisers,” Ello founder Paul Budnitz told VentureBeat. It’s true that Facebook collects user data, and, in a number of clever ways, uses it to target advertisements for its big-brand clients. It’s turning out to be a hell of a business: Facebook reported almost $3 billion in revenues in the second quarter of this year.

Facebook will not allow users to have multiple identities on the site, because it’s important to its clients that any body of personal data collected on Facebook be linked to a real person who can buy products. On Ello it’s no problem.

Advertisers and their ad tech partners may have gone too far, too fast. That’s why many of my friends on Facebook are asking me for invites to join Ello.

“Ello is picking up users for two key reasons,” says Rob Shavell, CEO of the online privacy tech company Abine. “One: More and more people are aware they’re the product of social networks and all ad-driven businesses and are uncomfortable having their and their friends’ and families’ personal information used for alternate purposes,” Chevell says.

“And two,” he continues, “unlike some of the previous ‘private social network’ efforts, Ello doesn’t look like it’s trying to re-create Facebook. It has its own brand and counterculture personality that comes through clearly. In short, timing and originality are driving adoption,” Shavell says.

Of course the common apologists’ mantra is that advertising targeted using personal data is more relevant to the user. Shavell says he personally doesn’t mind some targeted advertising but is vehemently opposed to social media companies’ using personal data for anything else. He points out that under companies’ standard Terms of Service it’s made clear that the company takes ownership of user data and can do pretty much anything they want with it. This could mean selling personal data to advertisers outright, or allowing third parties to use it for insurance and job screenings, Shavell said.

The truth is most people who use Facebook signed up because their friends are there, but they probably didn’t consider that doing so meant giving Facebook tacit approval to use their personal data. It may be just these people who are now gravitating to Ello, which appears to have built itself as the “anti-Facebook.”

Ello’s Budnitz says the site started out as a private social network. “We built it for ourselves and had 100 of our friends and were using it for about a year.”

“Ello’s built to be very simple,” Budnitz says. “We just wanted a nice calm place to talk to our friends and connect,” he says.

But the word soon got out about Ello and its “simple and private” ethos, and suddenly thousands of people wanted to join. The site launched in beta in August and word spread quickly.

“To us, one of our initial tenets is that your feed is yours,” Budnitz says. Ello goes a long way to give users total control over what they see or don’t see.

For instance, Budnitz explains, brands are not banned from Ello. But their ads and messaging are confined to their own page.

“So if someone has a brand and they put up a bunch of ads that are crummy, you don’t have to see them,” says Budnitz. But if you like a certain brand, you can follow it and see their stuff in your feed.

Of course Ello will need to make money eventually. The company has given some hints about how it intends to do that without ads. “The things we’re going to sell are for specific groups of people,” Budnitz says. Ello might sell premium features geared toward specialized needs, he says.

With that lack of specificity, there’s reason for skepticism. But Facebook certainly had its skeptics when it was still building up its membership.

The larger point, however, is that Ello seems to be answering a consumer demand with its approach to the social network. Whether or not the startup can hold onto the core principals that made it popular while membership mounts and expenses rise remains to be seen.

“I have to say, Ello is a business,” Budnitz says. “Ello is here to show that a business can survive — not just survive but thrive — without ads.”