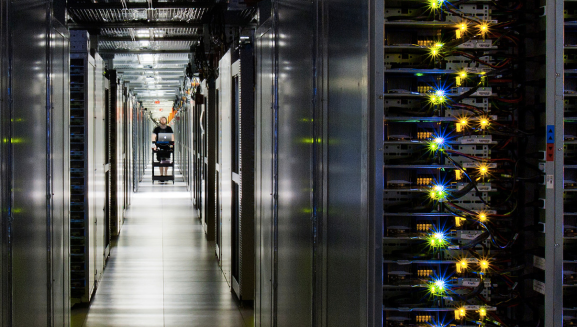 Technology giant Google is at it again, slashing by 10 percent the prices of all sorts of services available from its public-cloud infrastructure, which companies can use to deploy applications.

The company is announcing the cuts at its Atmosphere Live event today. Google made a similar move in March.

“These cuts are a result of increased efficiency in our data centers as well as falling hardware costs, allowing us to pass on lower prices to our customers,” Urs Hölzle, Google’s senior vice president for technical infrastructure, wrote in a blog post on the news.

The price cuts will impact Google’s many competitors in the public cloud business. Expect market leader Amazon Web Services to lower its prices in response within the next few weeks. Then watch for Microsoft to announce prices in line with the Amazon cloud, as it has said it will do. Perhaps cloud providers like Rackspace and IBM will also make price changes as well.

Price dropping is one of Google’s schemes for getting competitors to take notice. Google has also quickly rolled out new cloud services, like a monitoring application programming interface (API) and a service for batch-processing and doing stream processing on large quantities of data. And, like Amazon, it’s come out with cloud credits to entice startups.

The price cuts apply to everyone, though, and they could make some companies consider moving to the Google Compute Engine or at least entice them to test the infrastructure. That’s critical as companies have been slow to jump on board the Google cloud thus far.

Here are the new and old cloud prices: