GlassLab and the National Aeronautics and Space Administration (NASA) collaborated recently on a Mars exploration game that teaches middle school students how to make an argument.

Mars Generation One: Argubot Academy is a tablet-based iOS game that transports kids to Mars, where they build the first human settlement using information from NASA’s Jet Propulsion Lab and the Mars Exploration Program. They have to make claims based on evidence, construct valid arguments, assess arguments, and then make decisions based on them.

Built in collaboration with the National Writing Project, Argubot Academy teaches critical thinking. More than 73 percent of students who have used it have improved their scores in understanding critical reasoning.

It is the latest educational game from GlassLab, a educational game studio that came about thanks to grants from the MacArthur and Gates Foundations and is housed in Electronic Arts in Redwood City, Calif. GlassLab previously released SimCityEDU: Pollution Challenge, which teaches kids about the science behind the environment and how to build a sustainable city.

We recently caught up with Lindl for an interview. Here’s an edited transcript of our conversation. 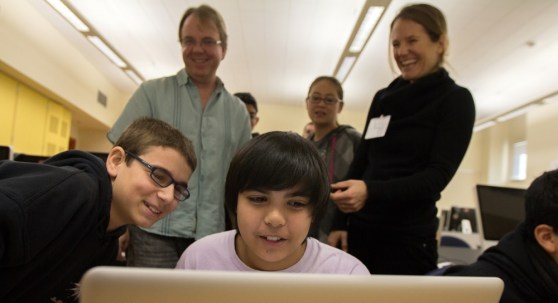 Above: Jessica Lindl [right] is executive director of GlassLab

Jessica Lindl: We launched the final version just a few weeks ago. We were in beta about six months prior, working on it with kids in middle schools across the country. We’re thrilled to finally have it on the market, right in time for back-to-school.

The reason we chose to take this focus is that English language arts, and specifically the area of persuasion and creating your opinion and making sure you validate it with credible evidence, is a critical area for middle school kids across the country and what they’re learning about right now. Back when you had to do the five-paragraph essay, you had to put forth a hypothesis and validate it with evidence. This is taking that same type of learning and putting it in a much more engaging and interactive environment with the STEM content.

GamesBeat: That’s where you collaborated with NASA?

Lindl: Exactly. We had two unique collaborators on this game. It was NASA on the STEM side, who wanted to engage these kids in the concept of life on Mars. This is the same age group that will see the first colonists up on Mars. They were the most excited about saying, “How do we engage them in this future setting?”

The other collaborator we had was the National Writing Project, which is composed of a lot of the English language arts teachers across the country. They wanted to take this concept of persuasion and critical thinking into the 21st century and do it in a way that was engaging their kids much more deeply than they thought they’d been able to do before.

GamesBeat: Where did some of the ideas for this come from? How did you decide that kids would like this?

Lindl: First of all, the way that we centered on this concept of argumentation came from surveying kids and teachers and parents, saying, “What is the most difficult area for you to teach and be able to assess right now?” GlassLab is unique in the sense that gameplay is what’s providing continuous data on how kids are doing. That’s how we landed on argumentation. It came back as a key standard for these teachers and kids, one they felt like they struggled with.

From a kid point of view, we thought this concept of being on Mars, creating these arguments with these robots on Mars, was a gender-neutral opportunity, and a space that they found incredibly engaging. What would life be like for a colonist on Mars? How do you go about creating that colony, creating cultural norms, and setting the stage for life on Mars? 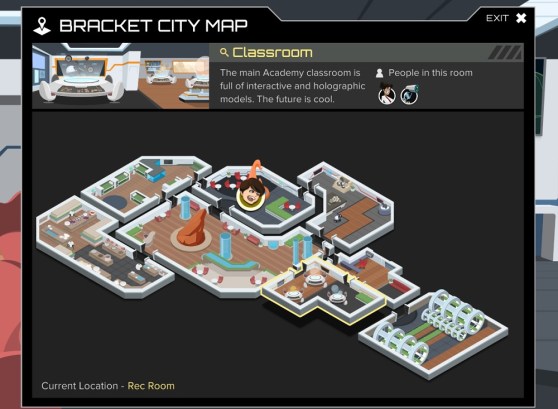 GamesBeat: Have you had any early results that tell you something about how kids are engaging with the game?

Lindl: Since we’ve launched the game, we’ve been in hundreds of schools across the country. We’re seeing lots of kids, because it’s available on the App Store, downloading it to play in their free time, which is incredibly exciting for us. We’re getting commercial-quality engagement.

Because we can see all the gameplay data in real-time and how they’re progressing, you can tell that three out of four kids who are playing the game are mastering the concept of argumentation by the time they’re done playing it all the way through. It’s validating the deep engagement that kids have with the game, as well as the learning impact we’re able to make.

GamesBeat: You have a free version and a paid version as well, right?

Lindl: We currently have a free version for schools. The reason for that is, we’re in a stage of—Another key part of our strategy is rolling out some of the technology that supports third-party games. A lot of amazing games are out there, but being able to capture data from gameplay and align it to what kids are learning is a big step for most developers. We’re in the process of opening up those technology services to third-party developers and doing a beta around how the platform works with both our games and third-party games.

The reason the free version is out there, it’s used only in schools which are beta testing the broader platform that we’re releasing.

GamesBeat: And this is one in a planned series of other games that are built around learning? Can you talk about some of your other projects, like SimCity, and what the results have been like?

Lindl: We have our SimCity game that’s been on the market for almost a year. That’s been incredibly successful, thanks to its history as a strong learning game. In addition to that, we’ve seen a real demand for it because it focuses on systems thinking, which is one of the key next-generation science standards.

We also have future games that GlassLab is developing that are both mod games, from partners like EA and Zynga, and then original games that we create. As I mentioned, we’re about to announce other beta partners who are coming on to our platform. We’ll be making that announcement in the next couple of weeks. Those beta partners are third-party developers who will be using our technology services. 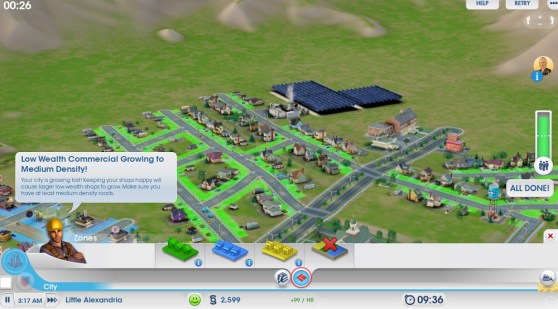 GamesBeat: It sounds like you’ve got the whole ball rolling here. The movement is gathering some steam.

Lindl: We do. We’ve been excited by the market reception, both in schools and then also with kids at school. We’ve been thrilled by the interest from developers who want to start using our technology services to capture data from their games. It’s an exciting time. We started out with GlassLab partnering with Electronic Arts, and then Zynga came on board. On the education side, Pearson and ETS are continuing to deepen their commitment with us.

GamesBeat: What are some of the learnings here? Educational games have spent a lot of years out in the wilderness, trying to find an audience.

Lindl: One of the key things we’ve heard from our board, from our customers, and from our funders is the excitement that they have around what type of opportunity we can unleash by providing technology services that capture gameplay data and make learning transparent. In the past we relied heavily on games providing engagement and games doing a great job of teaching skills that are difficult to teach, but we hadn’t yet cracked the nut on how to make learning transparent, in real-time, so that games can be the portals on the learning experience and allow for deeper, personalized learning.

We feel like we’re on the last mile of unlocking the opportunity for educational games — making them relevant, making them much more accessible, and making them personalized.

GamesBeat: The adaptive element of adjusting the game to suit each student … are you getting pretty good at that?