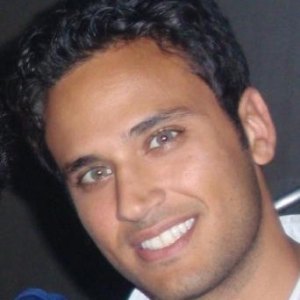 “A huge portion of the new mobile marketers never grew up on the web; some barely know what cookies are,” he told me via email. “It’s logical, as far as I am concerned, that the size of this market would eventually outstrip that of B2B marketing automation.”

We’re studying mobile marketing automation for VB Insight
Answer our survey, and we’ll share the data with you

Appboy says it’s more than doubled its business since the beginning of the year, helping brands like USA Today, Shutterfly, and Urban Outfitters improve their mobile apps. Ghermezian told me that he’ll use the new funds to accelerate growth via increased spending on sales and marketing, plus more infrastructure to meet expanding demand.

“Mobile has exploded in the last two years, and we don’t see this slowing at all in the foreseeable future,” he added. 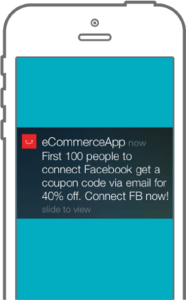 The $15 million cash injection was led by InterWest Partners, which was the first VC firm to invest in Marketo. Interwest General Partner Doug Pepper will be joining the startup’s board of directors, and he says there are significant similarities between Marketo years ago and Appboy today.

“The Appboy team reminds me of the early days of Marketo,” he said in a statement. “Traditional marketers have been using CRM and conversion-testing platforms for years; however, those conventional techniques do not translate perfectly to mobile. As marketers become more experienced with mobile, it will be crucial to adopt techniques to effectively cultivate personal relationships with their audiences.”

I asked Ghermezian about competitors, as this is an exploding space with the already-mentioned companies, plus others such as Upsight (Kontagent), Kahuna, PushSpring, Nudge, Playfab, and Playnomics.

He didn’t seem worried, saying that the market was in its extreme early stages, with just single-digit penetration.

“In any hot market, you’ll get competitors. The key is always execution and team. There will be some companies which are unable to get traction for one reason or another, and I see them being rolled up, but I don’t see any consolidation until we see a slowing in the market expansion, and that is not happening,” he said. “There are more than 1,200 submissions to the App store every day. Google Play has a similar number. That’s a lot of opportunity.”

While there may only be single-digit penetration here in North America, there’s a lot more in Asia, where game apps in particular are locked in vicious competition with each other, according to a Nudge executive I chatted with recently.

That means we’re likely to follow a similar trajectory — and that app publishers who want to win will need to gun up for this fight.

Ghermezian puts it this way:

“For every app, there simply must be a strategy beyond the download,” he told me. “There is a clear distinction between apps that take their post-install marketing seriously and those that do not. It is the difference between app-success and app-failure. The irony is that this is the cheapest part of the user engagement cycle … instead of dollars per download, it’s pennies per user.”