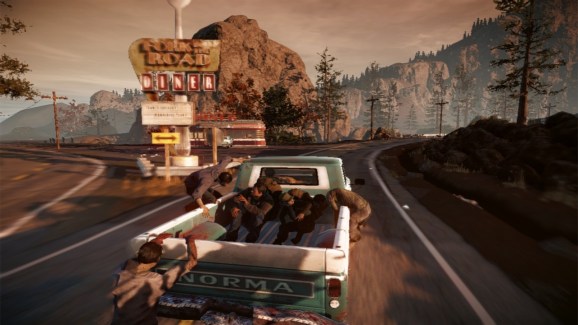 The grim world of State of Decay has more than 2 million residents.

It turns out that you may not need commercials when you have zombies on your side.

Developer Undead Labs revealed today that its zombie-survival sim State of Decay has surpassed 2 million copies sold on Xbox 360 and Steam. The game reached this milestone despite a complete lack of official advertising. Instead, Undead Labs credits its fans for the success. In a blog on its website, the studio claims that people livestreaming the game helped spread the word and turned the small release into a bit hit. This shows the power of video platforms like livestreaming site Twitch and gameplay videos on YouTube. Those tools can help a game quietly go from quiet Xbox Live Arcade release to blockbuster hit.

“No marketing. No Advertising. Just you playing and streaming and spreading the word,” Undead Labs community manager Sanya Weathers wrote on the studio’s blog. “You made this happen, and if we could individually thank each person who hit that download button, we would.”

Some of the hundreds of State of Decay videos on YouTube have more than a million views, and Undead Labs made an effort to work directly with its community in lieu of spending money on promotion. This is a strategy that several other small developers have used, and it is capable of creating enormous buzz about small games.

The Xbox One version could help State of Decay reach an even wider audience as that new-gen system has built-in Twitch streaming functionality. Players can hit one button to start broadcasting gameplay.