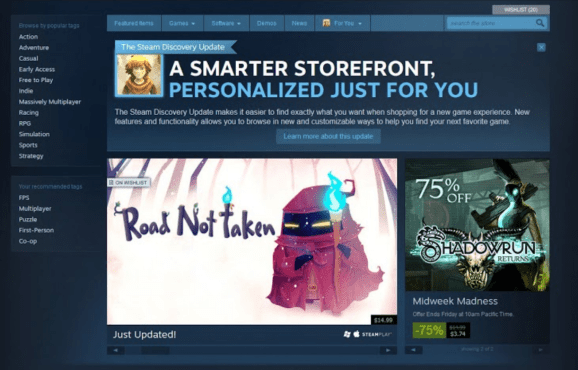 Valve recently introduced its Steam Curators, a new discovery service where gamers can publish recommendations on what games to buy. But to ensure no one abuses the system, the digital-distribution and publishing giant is now asking its Curators to disclose if a company paid them to make any recommendations.

The move is aimed at avoid the controversy that YouTube ran into when it was disclosed that prominent site personalities were being paid by developers and publishers to make enthusiastic videos about games. The potential for corruption in that system has led to talk about full disclosure.

Valve keeps a list of the top curators, whose recommendations can probably make a big difference in the success or failure of indie games that may otherwise get lost in the vast Steam store. Anyone is eligible to make recommendations. People can tout any game that is available on Steam, even if it isn’t in their library. And they can link to their own YouTube channels.

The new rules are as follows:

1. Whatever you write when making a recommendation is subject to the same rules and guidelines as other Steam User-Generated Content, as stipulated in the Rules and Guidelines For Steam: Discussions, Reviews, and User Generated Content.

2. A recommendation should not link to or promote any stores other than Steam.

3. If you’ve accepted money or other compensation for making a product review or for posting a recommendation, you must disclose this fact in your recommendation.