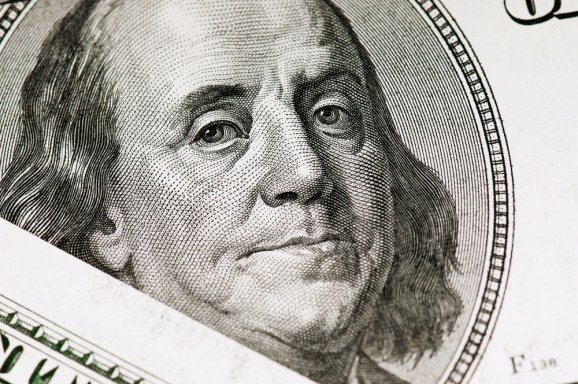 For starters, the financial market is just too large — it’s worth more than a trillion dollars. And this year alone, banking and security institutions will have spent $485 billion on IT. We’re just at the beginning of innovation, and there’s immense potential for growth. The banks are creaking under the weight of old legacy systems. They just can’t evolve fast enough alone; they need to collaborate with and buy into fintech companies in order to successfully compete in the new digital landscapes.

We saw this trend of collaboration between banks and fintech entrepreneurs emerge in 2010 with the FinTech innovation lab in NY, which has now expanded to include labs in London and Hong Kong. Financial service firms like Sberbank of Russia and Spanish bank BBVA have also begun to create their own VC funds to fund fintech companies. Sberbank and BBVA have both committed $100 million — a clear sign of maturation within the market.

Then there are the “finsurgents,” who won’t provide services for the banks but will look to disrupt and become their competition. These companies will capitalize on the negative reputation banks have gained since the 2007-9 financial crisis and will be bolstered by globalization, the unlimited scaling potential cloud thinking brings, and the obvious demands of an increasingly sophisticated consumer that demands mobility, transparency, competitive products, and instant access.

If we need any more reassurance that a huge opportunity for fintech exists to take money away from banks, we can look at the Millennials Disruption Index, which provides a very damning portrait:

71% surveyed would rather go to the dentist than listen to what the banks say
70% think that in five years the way we pay for things will be completely different
73% are more excited by the offerings in financial services from web giants like Google, Amazon, Apple, Paypal, or Square than their own bank.

The research concluded that out of all the industries likely to be transformed by the millennials, banking had the highest risk.

With regard to valuations, there are many variations within the market and metrics are still being honed. A general trend is that fintech companies will start with higher average valuations than startups in other sectors simply because they need a lot more money to get in and get noticed. VC firms are happy to play this game, so private equity is acquiring more and more competition and higher prices. Web giants such as Google, Amazon, Facebook, and Apple are also looking for mobile payments companies, driving higher valuations in those specific sectors.

Potential for disruption is also a key factor affecting valuations. Services like Transferwise, alternative lenders such as Lending Club and Funding Circle, and tech-based wealth management companies like Betterment, Wealthfront, Nutmeg, and MoneyFarm will trigger much higher valuations than those that provide services directly to banks. Bank “vendors” can expect their market capitialzation to remain relatively constant in relation to the banks; thus the probability of an out-sized return is diminished.

Unlike the companies of the dot-com crash, which were largely valued on hot air, many fintech companies are generating income and proving their value in the marketplace over time. Take Transferwise as an example. It has transferred over £1 billion ($1.6 billion) in its short three-year existence, saving customers £42 million ($67 million). Wonga also enjoys an annual profit in excess of $100 million.

Hyped Silicon Valley-based companies have always tended to acquire higher valuations than those based in Europe, too, but grab yourself a bargain while you can, as Europe — and in particular London — is coming of age, and that discrepancy in valuations will gradually be eroded. Consider Wonga’s $1.6 billion+ valuation, the fact that the UK and Ireland have the fastest growth rate in the world for fintech deals, and the fact that those deals are attracting increasingly large sums as indications that I’m right.