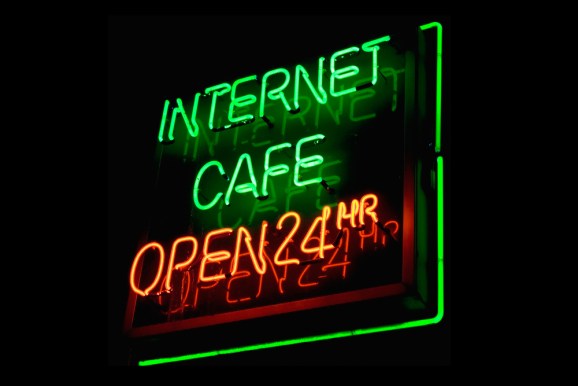 As personal computer ownership in China has grown dramatically in the past decade or so, a majority of Chinese Internet users don’t have to visit Internet cafes for services like chatting and shopping anymore. Today, most people in a Chinese Internet cafe are playing games, for the specs of their computers home are not so good for gaming or playing games ignores their families.

Chinese gaming company Shanda came up with the idea of selling points used for in-game purchases at Internet cafes, and developed a system for them to sell points online. Previously points had been sold by certain distributors or at newsstands. In 2002 when Shanda had 60 percent of China’s online gaming market, 65 percent of the point sales were through thousands of Internet cafes (source in Chinese).

Baidu shared revenues from search marketing and advertising on Hao123.com (browser startup page) with Internet cafes who set its search service or Hao123 the default option all of their computers. It was said that a considerable traffic of Baidu’s was from Internet cafes.

Services like Shunwang also part of some advertising programs such as Baidu’s; for instance, it set Baidu Search as the default search option on the desktop software sold to Internet cafes.

Wang Yu Wang Ka (WYWK), a Chinese Internet cafe chain that started operations in 1998, announced “version 4.0″ with a fancy press event recently. We’ve barely heard of “versions” of an Internet cafe or a launch event for a version in China. It seems it wants to make a big change.

There were, actually, no big differences between the first three versions of WYWK cafes, as introduced by its website. The differences are in the computers, loyalty programs, decorations of the cafes, or the drinks and snacks available. Version 3.0 cafes introduced iMac.

The 4.0 version, besides a new decoration design, has introduces self designed hardware (desktop display, keyboard and mouse), and a customized desktop software and a mobile app.

Similar to the desktop operating systems Shunwang sells, the WYWK’s has both customized features and a lot of ad space. The WYWK’s offers an app store, Cloud storage service, and a user account system enabling users to access the same personalized features or content at any WYWK cafe. It now can make all the advertising revenues which previously should share with third parties like Shunwang.

The mobile app makes it even better a business than Shunwang’s. The app allows users to pay fees, choose seats, and see and chat/group-chat with people nearby.

WYWK has had 204 stores, with two in Canada and Australia, respectively. It has had 2.6 million members and expects 15 million person-times by year end, according to the company.