Wouldn’t it be great if we could really travel through time? 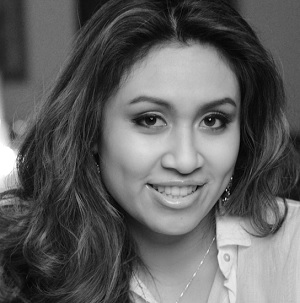 Above: Gisella Bustillos, director of A Brief History of Time Travel

A documentary still in the making is exploring that possibility. Dubbed “A Brief History of Time Travel,” the film will explore the history of time travel, its presence in pop culture, and our obsession with it. The film asks, What makes time travel so powerful that it resonates in each of us, and to what lengths are we going today to make it a reality?”

When you think about the actual history of time travel, that’s got to be pretty short, as no one has done it yet (and proven that they have done so). But the filmmakers are really looking into why we’ve been interested in it for so long and whether it will really happen.

The producers are Wanda Bertram and Gisella Bustillos. They are raising money to complete the film via a Kickstarter crowdfunding campaign. So far, they’ve raised $23,066 from 237 backers with 12 days to go to hit the target of $35,000. Among the prizes: a joy ride in a DeLorean, the car used in the classic sci-fi comedy film trilogy, “Back to the Future.”

Over the past three years, they’ve interviewed a series of luminaries such as Bill Nye, the Science Guy, game designer Tim Schafer of Double Fine Productions, and Robopocalypse author Daniel Wilson. Now they’re gearing up for post-production. Bustillos, director, is a documentary maker who graduated from the Film and Television program at New York University’s Tisch School of the Arts. Bertram, a graduate in international studies from the University of Washington, has previously worked at the Northwest Film Forum.

In his interview, Schafer (the creator of games like Day of the Tentacle and Grim Fandango), told the filmmakers, “For Day of the Tentacle, what really inspired me was Chuck Jones cartoons – just surrealism for kids. I really liked this idea of having the kids be separated in time, because it would be great to have this idea of a change in the past make something happen instantly in the future. In its simplest form…the rewinding of time is something you get used to in all software and all applications. Like, ‘I want to undo this – I want to undo this whole day – you wish you can unwind it and try it again, and there have been movies about that, but games let you do that by replaying it again.”

Brooks Peck, curator of “Icons of Science Fiction” exhibit and curator of the EMP Museum in the Seattle, said, “Science and science fiction are completely, inextricably intertwined. There is this interesting symbiotic relationship between them, in that sci-fi looks at what’s happening in science (or what could happen in science), but…scientists are inspired by science fiction, and maybe they don’t exactly want to recreate the worlds that they might have seen, but it gets them going and it sparks their interest. Where might there might be space travel and robotic communication?”

Meanwhile, Erik Demaine, professor of computer scientist at the Massachusetts Institute of Technology, said, “When I was invited to the [MIT 2005] Time Traveler Convention, I’m like, ‘What do I have to say about time travel?’ Then I realized I had actually already been working on a problem related to time travel in computer science. At one point we even called it ‘time travel data structures,’ but to be more serious we changed the name to Retroactive Data Structures.”

He added, “If you think of the universe as just a giant computer implementing the rules of physics, in some sense all you’re doing is computation, and you can think about how a computer might implement time travel, as relating to how the universe might implement time travel. We proved that [computationally], it’s impossible to travel forward any quicker than we do it now…I believe in the possibility of going to the past and making a change, but then you have to live through all the things that you did again.”

And he said,”Science fiction is all around us. Most scientists are trying to make science fiction possible…We talked all about the science of ‘How could we make this real? Could you prove that some kinds of time travel are possible?’ That excites me and excites a lot of people.” 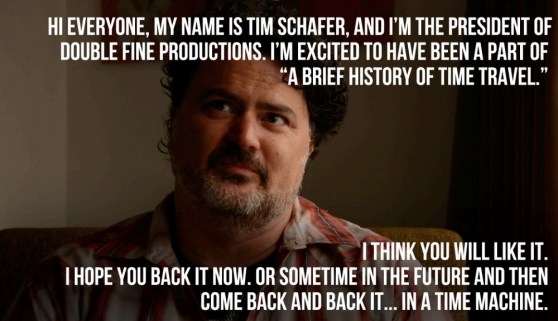