FOBO Tire wants to bring tire pressure management systems, or TPMS’s, into the modern age. This is an iOS/Android compatible, Bluetooth 4.0-enabled system that always keeps a user informed about the tire pressure of their vehicle, with an additional in-car unit to use in the absence of a smartphone. Integration with smartphones allows for a tiered alert system, theft detection for the system, the ability to share the FOBO Tire’s information with friends and family, and even monitor up to 20 different cars. There’s also a separated edition for two and three-wheeled vehicles called the FOBO Bike up for grabs.

At over 400% of its goal, it’s clear that FOBO is mighty desirable for many drivers. The combination of a TPMS with the smartphones that drive our lives is one of those no-brainers for a cool project to back. As tire pressure is a very real and serious concern, it’s also applicable to every driver out on the road, ensuring its success. It improves on products like the TireMinder with its ease of installation, use, and the many benefits that come from smartphone integration, making this product many will be on the look out for. 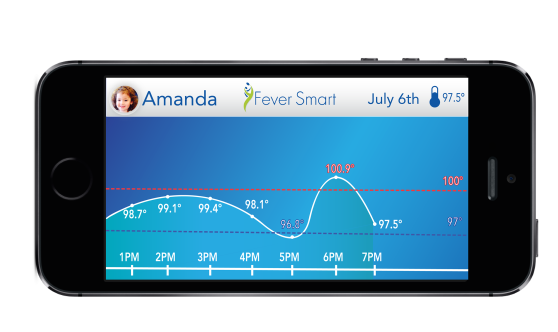 This product has not only topped its goal already, but still has about three weeks left on the campaign trail. This success on Indiegogo is because Fever Smart has several things going for it. One, it continuously monitors fever in times of sickness. Two, it’s non-invasive. And three, it uploads information to the iCloud so it’s readily available. Fever Smart, the only question is how comfortable those sensors are, especially for kids who tend to be finicky about having things attached to their bodies. Still, this product is a cool, innovative product for helicopter moms who want to make sure their kids are okay.

Findster is a proprietary tracking solution created so that users would never have to worry about losing a loved one. There are four parts to the system that make it what it is: a tracking module for both the guardian and the child or pet, a base-station, and a smartphone app tying it all together. Findster’s main advantage is that it doesn’t come with costly monthly fees.

Findster’s campaign goal was very low at $500, but they still managed to raise a very respectable $20,000. While the official campaign is over, Indiegogo has included Findster in its Forever Funding category, allowing them to collect donations, well, forever. One of the reasons for its success is that the biggest issue with GPS-only devices is their inability to work well indoors, a problem Findster has addressed with its base station concept. This makes the potential range more or less unlimited, provided there are enough around to do the job — and that’s appealing considering there are no monthly fees. All in all, the range may prove to be an issue for some, but the Findster will shine in closed environments like local parks and campuses where an interested party can outfit them with the needed number of relay points.