It’s all about the skill, baby

It’s strange, but I would classify Driveclub as more sim than arcade racer. It deducts points and gives penalties in an unforgiving, almost punitive way. Leave the track for the shoulder, get hit by another car, nudge another vehicle yourself, cut a corner, all will result in penalties.

The result is an environment that rewards precise driving and encourages you to keep upping your game. The difficulty will reward you for long hours of play, and keep you coming back to master races that haven’t fallen even after a dozen attempts. 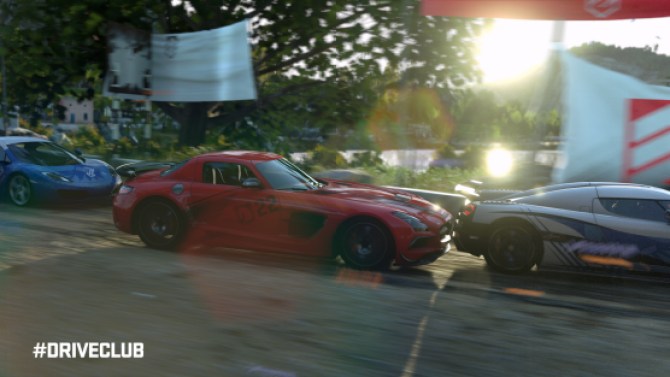 Above: Develop drafting skills like this pro and you’ll do well in your races.

Playing catchup with the A.I.

Cars demonstrate amazing handling in Driveclub — as long as you’re the one behind the wheel. Obnoxious catchup A.I. tarnishes this game. You can blow by a computer-controlled car in an early race, and it will suddenly develop the ability to hang right off your bumper, nudging you out of line in that crucial hard turn. Other times cars will just lose speed, allowing you to pass, for no visible reason.

If you fall behind, you’ll find that every other car in the race has obligingly formed a single-file line, nose-to-tail, waiting for you to suck less. They’ll only start jockeying for space when you enter their midst. 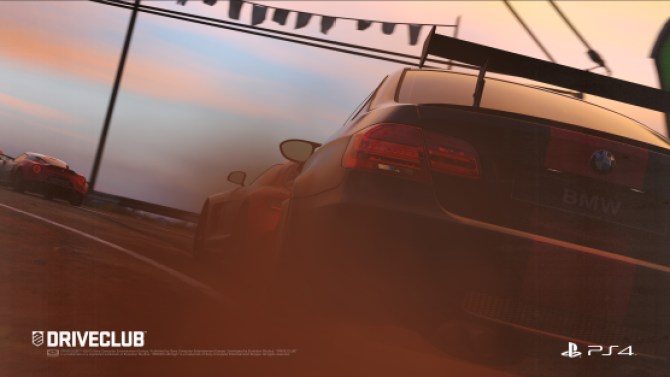 Above: AI cars will obligingly all line up and wait for you, only bumping around after you arrive.

I loved that Driveclub aspires to a higher difficulty level than most casual driving games. But my love became disgust when that difficulty seemed arbitrary or unfair.

I could dramatically cut one corner and receive no penalty at all — and then barely clip another and get dinged. The catchup A.I. screwed up more clean runs than I could count. The difficulty gates between each set of races felt incredibly inconsistent.

In several cases, the process of beating the last race series to open up another set of courses was so difficult that I had nearly all the objective points I needed to reach the next series after that within a race or two. A car that was all but necessary to meet objectives in one particular race might not become available until tens of levels later. 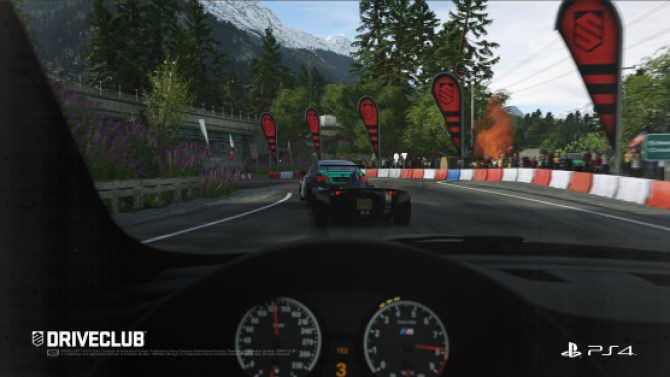 Above: One of the camera angles that makes Driveclub a pleasure to operate.

A third-person camera that ruins your drive

Driveclub’s first-person bumper camera offers the sense that you’re swooshing inches off the road at incredible speed. Bearing down at 150 mph on a Maserati that spun out and is now facing you in the center of the track will make you gasp. The other first-person views (hood, dashboard) are equally pleasant.

But don’t bother with the third-person camera, even though it offers you the best view of your gorgeous automobile.

It obediently follows the car like a dog on a leash, swinging wide for turns. It actually follows you backward if you back up after wiping out, making it impossible to see where you’re going. If you don’t like playing driving games in first-person, approach Driveclub with caution. 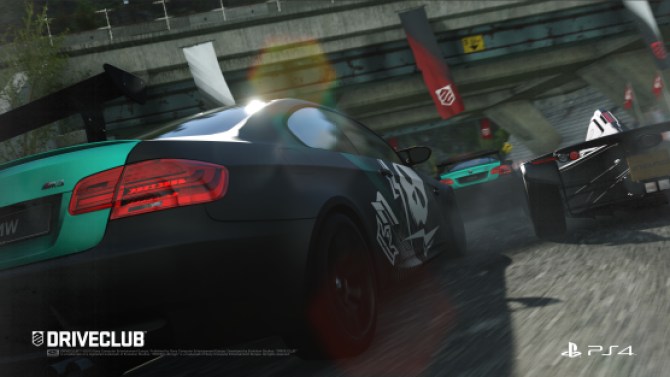 Above: A car featuring one of the hundreds of unlockable paint jobs.

The PlayStation platform has always hosted tremendous driving games, and Driveclub tries hard to live up to that legacy. The parts that are exceedingly well-polished (gorgeous cars, skill-based driving) make those that trip up (ugly A.I.) all the more disappointing. It sets a high bar for the inevitable competitors to follow, but like an inexperienced driver on a hot lap in a solo challenge, it’s sloppy in the turns.

This game doesn’t reward casual players, and I expect that it’ll eventually be overtaken by more creative competitors. But it offers a solid experience for the committed, first-person racing game lover.

If that’s you, I’ve listed your score below. If you don’t like driving in the first person or want a driving game that forgives less-than-perfect play, knock 10 points off.

Driveclub is available Oct. 7 for PlayStation 4 for $60. Sony Computer Entertainment America provided a copy for this review.