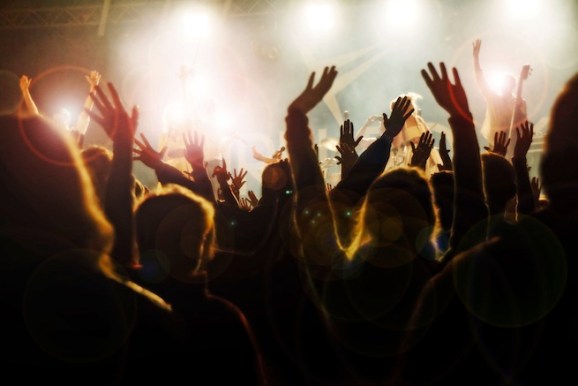 The music concert gods might have answered my poor-person prayers: Jukely, a startup launching its first pilot program in New York City today, lets people attend an unlimited number of concerts for the measly fee of $25 per month.

The startup, which participated in Techstars NYC’s 2013 accelerator program, is also announcing that it has raised $2.4 million in seed funding from a handful of music industry names. Jukely started as a service that matched friends with concerts based on their music streaming accounts before branching out to this new business model.

Although it’s only available in NYC and still invite-only, here’s how the new Jukely works: Accepted members pay $25 per month and can RSVP to attend as many qualifying concerts as they want, space permitting. The company has partnered up with 17 venues in NYC, though co-founder Bora Celik declined to share which ones, that will set aside a number of seats for Jukely members. The venues take “a share of the subscription revenues directly proportional with attendance to their shows,” Celik said in an email to VentureBeat.

Naturally, such a service with unlimited use for a fixed fee means that some members are bound to start reserving spots for more concerts than they can attend and possibly take the spots of members who would have actually shown up. But Jukely doesn’t plan on instituting any penalties for not attending for now, though it will “figure something out” if it becomes a problem, Celik said.

Up next, Jukely will head west, to Los Angeles, although the team first wants to nail the service and experience in NYC before expanding to a new city. I’m selfishly hoping it reroutes its course and comes to San Francisco first.

Jukely was founded in 2012 by Andrew Cornett and Celik and is based in New York City. The company previously raised $800,000 in a first chunk of seed funding.