The iPad Air is already one of the thinnest tablets around, but its successor is getting even slimmer.

Leaked photos of a purported iPad Air 2 prototype reveal a slightly thinner design reminiscent of the iPhone 6, a Touch ID fingerprint sensor (no surprises there), and a missing mute switch, according to the Vietnamese gadget blog Tinhte. 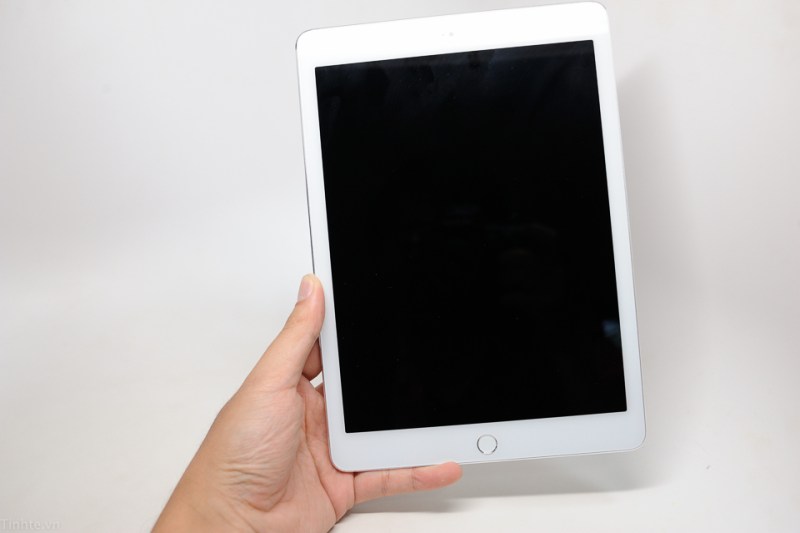 Above: A leaked iPad Air 2 prototype

The iPad Air 2 unit is reportedly only 7 millimeters thick, while last year’s iPad Air measured in at 7.5 millimeters. With the iPhone 6 and iPhone 6 Plus clocking in at 6.9mm and 7.1mm thick, the iPad Air 2 will likely fit right in with Apple’s new family of devices.

All in all, it looks like the iPad Air 2 will include most of the upgrades we’ve been expecting for a while. A slimmer design is a given, but it’s also nice to see the Touch ID fingerprint sensor, which debuted last year on the iPhone 5S. It’s by far the best consumer biometric security implementation I’ve seen yet, and it’ll likely get some decent mileage on the iPad line.

Apple is expected to hold an event on October 16 to show off its latest iPad models, as well as new Macs and OS X Yosemite, Recode reported last week.