If you just love taking pics of yourself, HTC’s new smartphone is made for you.

The Taiwanese phone maker today unveiled the Desire Eye, its latest mid-range phone with one notable feature: A massive 13-megapixel front-facing camera. (Today a 5MP front camera is considered a luxury in a high-end smartphone.)

So why should you care? The high-res camera means selfies will look as good as photos taken with the rear camera of a typical phone, and you’ll also have more freedom to crop photos without losing much detail. The huge front shooter is joined by another 13MP camera on the Desire Eye’s rear, which makes for a lot of camera in a single phone. Both cameras also feature dual-LED flash (yet another first-time feature for front cameras). 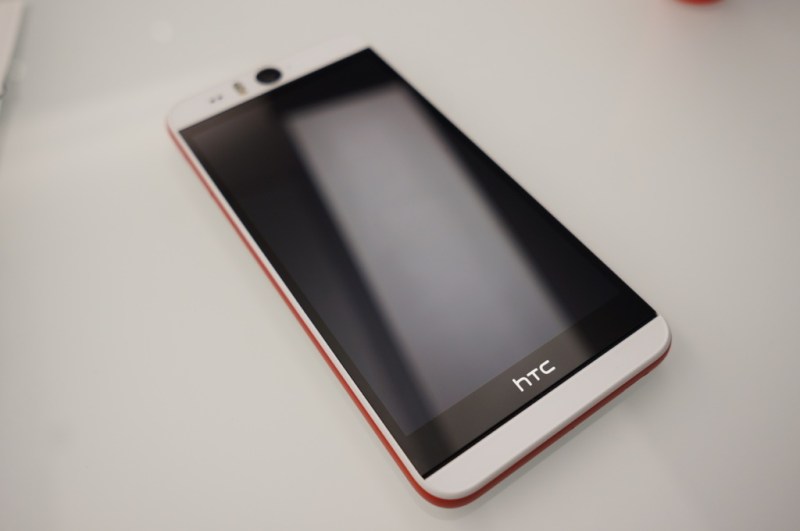 What’s strange about the Desire Eye is that it technically features better specs than HTC’s flagship One smartphone, which has a 4MP “Ultrapixel” rear camera and a 5MP front camera. I haven’t tested it extensively, but the Desire Eye’s higher camera resolution could fix some sharpness issues I’ve had with the One’s camera. The Desire Eye also features the same speedy quad-core Snapdragon processor as the One, as well as the same amount of RAM.

And yes, since it’s a mid-range phone the Desire Eye will also be cheaper than the One when it hits AT&T (pricing and availability details are still in flux).

Ultimately, that means the only reason you’d choose the One over this phone is if you really want a solid metal phone body (the Eye’s is plastic), or if you prefer taking photos in low-light (which the One excels at). For many geeks, this will likely be a tough choice.

HTC has also packed in some new selfie-focused software features: One new mode lets you insert yourself (via the front camera) into a photo being taken by the rear camera, while another lets you make a split-screen photo using both cameras. The new Eye software also lets you take selfies automatically — just hold your phone up and let your front camera detect your face.

While the new selfie features will launch with the Desire Eye, they’ll also roll out to existing One phones over the next month.