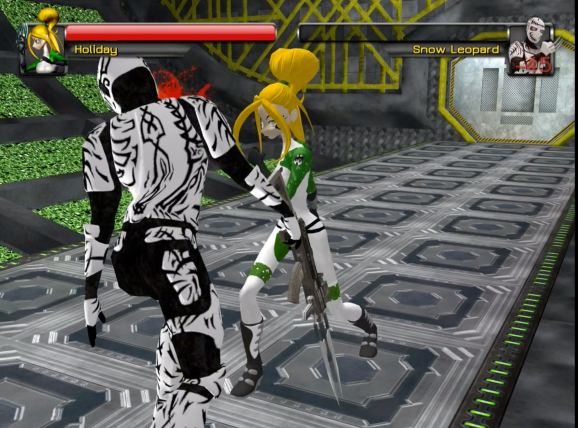 Update: This story originally claimed that developer Gearbox was the target of a bomb threat, but police do not believe the studio was the target. We apologize for the error.

Another game developer has left her home tonight because she fears for her life.

Brianna Wu, developer of sci-fi action puzzler Revolution 60, confirmed that she and her husband have left their home due to a credible threat on Twitter. An account spammed Wu with violent threats and made it clear that it was doing so because of her outspoken support of women in tech and gaming. The last tweet publicly published Wu’s home address. In response to that, she called the police, who came to her home.

Twitter has since banned the account, but not before the harasser published Wu’s address. You can read many of the threats below, and they are not suitable for a workplace environment:

The police just came by. Husband and I are going somewhere safe. Remember, #gamergate isn’t about attacking women. pic.twitter.com/ZU6oEVxMGL

This isn’t the first time a game developer or media personality has felt endangered in her home after receiving threats on Twitter. In August, gaming critic Anita Sarkeesian left her home and called the police after someone published her address on Twitter and threatened to kill her. Last month, developer Zoe Quinn, who made the game Depression Quest, faced a similar situation when hackers leaked her personal information online.

Already, some of the biggest names in GamerGate, a loosely affiliated group of people who have attacked women in gaming before, are claiming (or at least suggesting) that Wu publicly revealed her own information. This response in creating even more criticism of GamerGate. Here’s how another developer puts it:

This is how these deranged people think. They'd rather believe a conspiracy theory than a woman.

Cifaldi, who is a developer working at Other Ocean on games like Sharknado 2 for mobile, is voicing the primary criticism against GamerGate: That it cares more about defending the reputation of its movement than it does about the welfare of real people.

GamerGate claimed from early on that it was about reforming gaming journalism due to alleged ethical breaches. In recent weeks, however, the primary complaints from people in GamerGate on their forums on Reddit (/r/KotakuInAction) and the image board 8Chan have been about articles criticizing gamers — although no one is claiming those writings contain ethical lapses. Instead, GamerGate says those articles are “insulting.”

Harsh criticism may hurt feelings, but it is nothing compared to what Wu, Sarkeesian, and Quinn — all people that GamerGate considers enemies — have to deal with.