From The Age of Piracy in Assassin’s Creed IV: Black Flag to the French Revolution in Assassin’s Creed: Unity and all conflicts in between, Ubisoft has the century covered. And the developer/publisher managed to pull this off in an impressively short amount of time. It was only two years ago that they released Assassin’s Creed III, which at the time was a welcome change after three years worth of Renaissance-era installments. Ubisoft’s efficiency in wrapping up the 1700s has much to do with their two-game release approach this year, with Unity and Rogue.

Rogue capitalizes on much of what made Black Flag great; you’d go to Unity for a city-centered Assassin’s Creed story, and you’d seek out Rogue for the ship-sailing and the piracy. Yet Rogue is the furthest thing from a Black Flag reskin told from the perspective of the adversarial Templars. Moreover, the setting shifts away from the wide-open Caribbean and toward the waters of the North Atlantic. If you’ve beaten Black Flag, you should be trained enough to handle the myriad narrow passages of Rogue.

There and back again

I often love circular or bookended storytelling in games. Halo: Reach’s ending and its direct connection to the start of Halo: Combat Evolved is one of the reasons why Reach is my favorite Halo. I equally enjoyed the parallels of the Theatre Royal setting at the end of Black Flag and the beginning of Assassin’s Creed III. Even though I only played two chapters, the regular appearance of Haytham Kenway makes me hopeful that Assassin’s Creed Rogue will serve as the connective tissue between Assassin’s Creed III’s Connor Kenway and his grandfather, Edward. 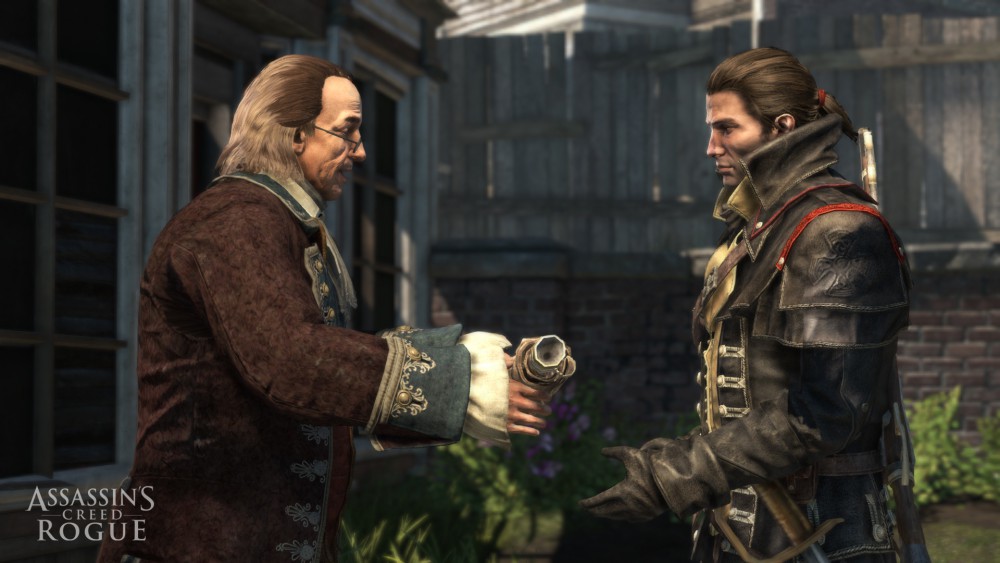 Above: Aside from Haytham Kenway, you can look forward other guest appearances by prior supporting characters.

Despite playing from the viewpoint of the supposedly nefarious perspective of a Templar, Rogue still managed to hold my interest since it plays like most any Assassin’s Creed game. You won’t face one talented Assassin but rather seemingly limitless roster of members from the order. I managed to infiltrate and ultimately take over one Assassin outpost, which in itself felt odd; aren’t Assassins supposed to exercise discretion and not have encampments in broad daylight?

In the shoes of my enemy

To Rogue’s credit, it has an abundance of sneaky Assassins waiting to cut you from likely and unlikely places. This works like a little reward for those who have kept up with the series’ many iterations of multiplayer. This involves the reintroduction of the donut-shaped radar that brightens as you get close to a target. The trick is to determine whether the Assassin is above or below, hiding in a narrow stall or sitting on a bench in out in the open. Acting on and executing an unsuspecting Assassin up close is satisfying; you get an equal sense of gratification in spotting an Assassin from afar and treating yourself to all the advantages of a sleep dart or berserk dart range attack.

Unlike Assassin’s Creed III, colonial New York City in Rogue feels more like the primary city as opposed to a secondary setting for the occasional mission. I developed a better appreciation for historical landmarks and districts like the first iteration of Trinity Church and Stuyvesant’s Farm. It’s a city as involving as any settlement in Black Flag, where you can let yourself get distracted by the hunt for treasure or settle disputes on the street with your blade. The small sample of mission types represented the familiar Assassin’s Creed assignments: cut down a flag, sabotage an enemy encampment, assassinate a target. I was spared a tailing mission; it’s doubtful I’ll be this lucky for the full version. 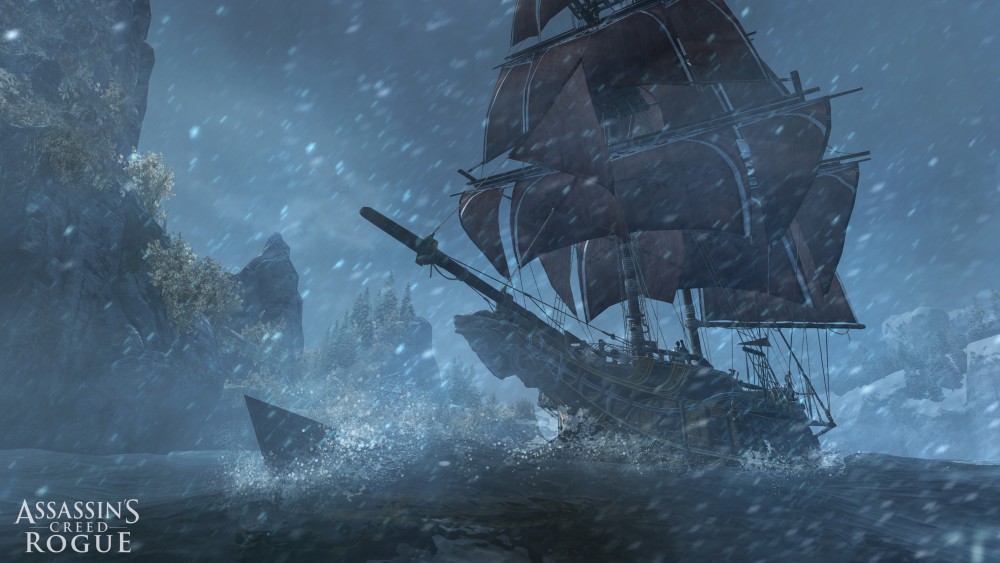 Above: Like AC: Black Flag, there’s much sailing in Rogue. Just bring a jacket.

With both Black Flag and the Freedom Cry expansion not even a year old, getting back behind the helm of a ship in the mid-1700s takes little time to get used to. Set your waypoint on the map, order your crew to adjust the speed to your liking, and be ready to make deft turns through the tight passages of the Atlantic and the rivers in and around the colonies. You once again face ships to sink, forts to assault, and the classic open-world Notoriety system just to keep your aggression in check.  The best part? Hearing a new playlist of sea shanties.

From Metal Gear Solid 3: Snake Eater to The Last of Us, the last 10 years has proven we are certainly not short of gray morality storylines. This has been the case for most of the Assassin’s Creed series though it wasn’t until Assassin’s Creed III that the blurriness of good and evil reached levels of hamfistedness. At this point, only differing ideals is the only thing separating the Templars and the Assassins. This direction might endanger the series from a storytelling standpoint; how can you be emotionally invested in one side or another if both end up interchangeable? Whatever the outcome, I look forward to Unity and Rogue to finish off the 18th century world of Assassin’s Creed, if only to tee-up next year’s new time setting. 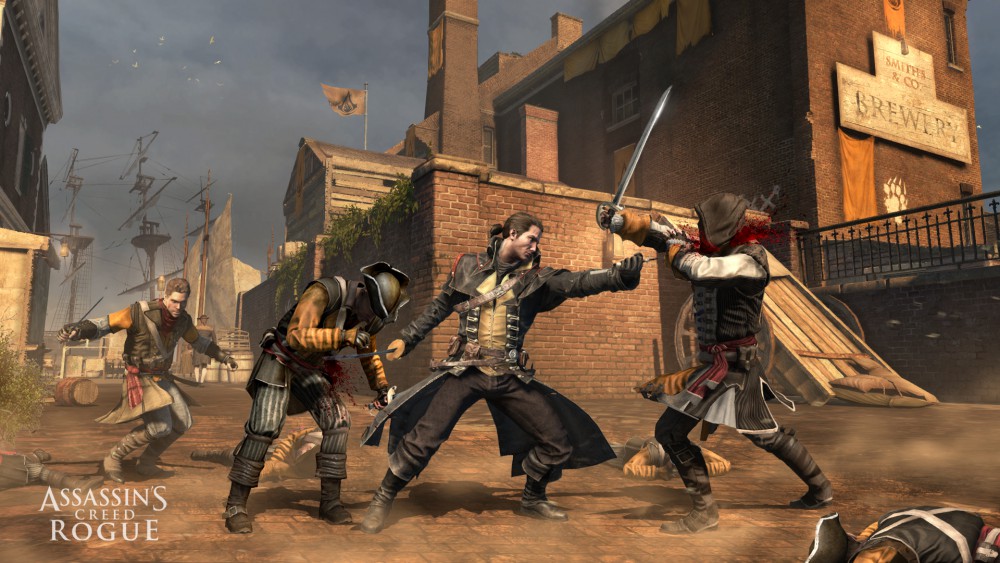 Above: Much like the last few Assassin’s Creeds, countering is one of better features of close quarters combat.