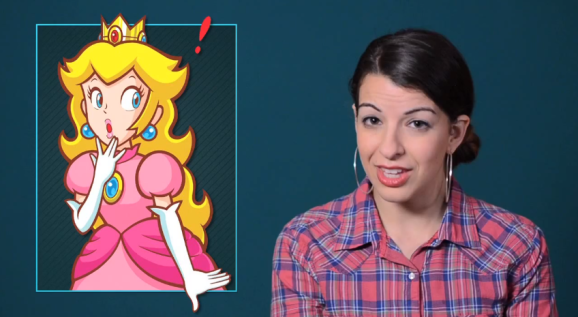 Anita Sarkeesian in one of her videos criticizing games.

Women who criticize gaming continue to have reason to fear for their lives.

An anonymous person has threatened Utah State University with “the deadliest school shooting in American history” this morning if it lets media critic Anita Sarkeesian speak at the school, according to the news website Standard Examiner. This is just the latest in a string of violent threats lobbed at women involved with the gaming industry. The threat didn’t cite #GamerGate, but it’s just one example of the tone that’s appeared online since the hashtag appeared weeks ago.

The anonymous emailer’s threat explained that Sarkeesian is “everything wrong with the feminist woman.” It goes on to say that she will die “screaming like the craven little whore that she is” if Utah State doesn’t cancel the appearance.

“I will write my manifesto in her spilled blood, and you will all bear witness to what feminist lies and poison have done to the men of America,” reads the email.

The emailer goes on to describe his alleged arsenal, which includes a semi-automatic rifle, multiple pistols, and pipe bombs.

Promises of violence are not new to Sarkeesian, who has faced threats and harassment over the past couple of years for her Feminist Frequency work, which includes the video series Tropes vs. Women in Video Games.  At the Game Developers Choice Awards in San Francisco in March, an anonymous emailer threatened the entire venue with a bomb because Sarkeesian accepted the Game Developers Conference’s Ambassador Award for admirable work in the industry.

In August, an anonymous person on Twitter threatened to kill her and published her home address online. Sarkeesian called the police and fled her home.

She is also not alone. Late last week, Revolution 60 developer Brianna Wu also fled her home after receiving death threats and having her personal info leaked on Twitter. Depression Quest developer Zoe Quinn dealt with a similar experience in September, and she also had to leave her home due to safety concerns.

Hatred of women like Sarkeesian, Quinn, and Wu — all of whom speak out on behalf of women in the gaming industry — has inspired a backlash online. Some have taken to using a hashtag on Twitter called #GamerGate in an effort to combat what they see as “social justice warriors” controlling the popular narrative in the gaming media. Numerous threats and harassment has stemmed from people using the hashtag.

Sarkeesian, Quinn, and Wu all credit GamerGate, at least partially, for some of the harassment they have received online — although, we should point out that no evidence currently links the Utah State threat to the GamerGate hashtag.