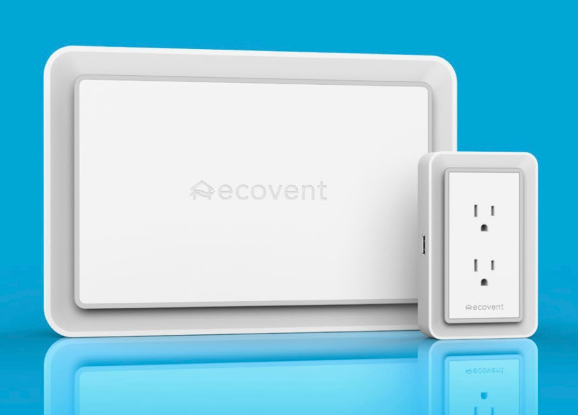 A Boston-based startup wants home heating/cooling vents to become part of the automated house — and it’s just scored $2.2 million so its missile engineers can make that happen.

Ecovent (pronounced eco-vent) has developed motorized vents and sensors so that home owners with forced air heating or central air conditioning can avoid heating or cooling empty rooms. Each room’s temperature can be individually controlled.

“The idea came to me in 2008,” CEO and co-founder Dip Patel told VentureBeat.

“We were saving money for my wedding,” he said. “Indian weddings are pricey.” So, as part of the belt-tightening he went through, he closed the vents in unused rooms during winter.

“My mother came and I had forgotten to open the vents,” Patel recalled. “She almost froze.”

Following that near-matricide, he decided “there must be a way to make these vents motorized,” but, at the time, “the tech wasn’t ready yet.”

It is now, he said. The company has developed battery-run mechanical vents that can replace existing room vents. The vents open or close in response to a climate sensor in that room. Each room’s sensor fits into an electrical outlet, and additional outlets on the sensor’s front plate ensure that lamps still have a place to plug into. A central panel for the entire house completes the system.

“What makes our system work so well,” Patel said, is his team’s background in signal processing for missile defense.

Missile defense, he said, involves taking in a lot of data to assess what’s happening, and, a bit similarly, the Ecovent system is designed to calibrate itself to the right mix of heated and cooled air from a system of sensors. There’s also the issue of air pressure, since too many closed vents can overheat a furnace or cause the central AC to freeze up.

Ecovent’s system, Patel said, can integrate with an intelligent thermostat, but home-wide managers — such as Nest or Logitech — don’t get individualized control of the vents.

Companies such as Keen Home offer motorized vents, and Vent Miser and Wireless Vent have sensors. But Patel said Ecovent is a system that adjusts to changes and learns over time.

“We’re the only one that is completely wireless and self-configuring,” he said. “And we’re significantly quieter.”

The cost to replace existing vents, he said, is about $200 a room. An average four bedroom home, with 10 rooms total, would run about $2,000. Patel said the company’s beta customers are averaging heating/cooling cost savings ranging from 20 to 40 percent, “while keeping them comfortable.”

The newly raised seed funding will be used to “de-risk everything for production, set up agreements with factories, finish up the beta program,” and establish channel relationships, Patel said.

Pre-orders start today, and the company expects to begin production early next year, with shipments starting in August.

And, when she visits, how does his mother like his new vents?

“She loves them,” Patel said.