The Nexus Player, which was announced today along with a slew of other gadgets to help kick off Android 5.0 (aka Lollipop), is manufactured by Asus in partnership with Google. The device itself is actually more of a circle than a “box,” as you can see from the photo above. I’m guessing this is a nice throwback to the design of the pretty, TRON bowling ball-shaped Nexus Q that the company wisely decided against shipping to retail shelves last year.

Google also describes the Nexus Player as “a first-of-its-kind Android gaming device,” complete with its own gamepad. This is more than likely a response to Amazon’s Fire TV streaming device, which is part of Amazon’s strategy for climbing into the booming mobile gaming industry. The Nexus Player also features a remote control with voice search, another big selling point for the Fire TV. 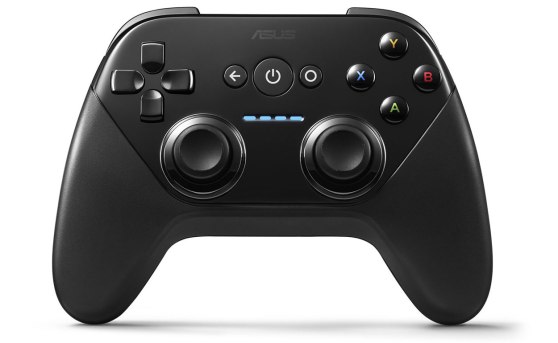