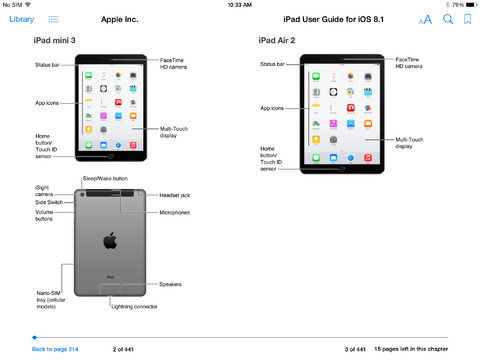 Apple posted its iPad User Guide for iOS 8 within iTunes today, and it included images of the next-generation iPad Air and iPad mini.

The photo above shows the “iPad Air 2” and the “iPad mini 3,” both of which are expected to be unveiled at tomorrow’s Apple event.

According to this photo, there are no major design changes in these latest iterations except for the addition of Touch ID on the home button. The photos also confirm a rumor that’s been floating around that the new iPads will be able to take rapid-fire photos or “Burst shots,” which are referred to in the photo below: 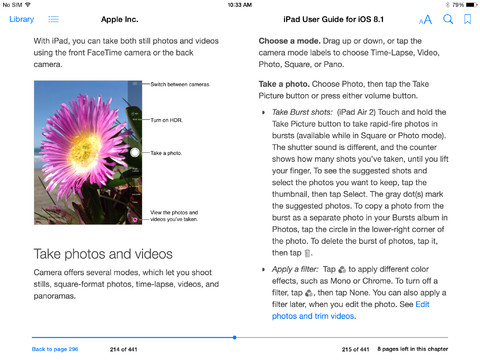 VentureBeat will be at tomorrow’s Apple event and will be live blogging the latest releases and updates from the hardware giant.