Samsung may be guilty of blatantly ripping off Apple’s smartphone style, but when it comes to big-screen phones, Samsung knows best.

(And yes, Apple’s iPhone 6 Plus is pretty good, but let’s not pretend that it’s anything more than an attempt to elbow into the phablet market pioneered by Samsung.)

With the Galaxy Note 4 ($299 on contract), Samsung once again delivers a solid new phablet — although this time it features a slightly more polished design. Coming off the iPhone 6 Plus, I was hesitant to dive right into another big-screen phone review, but the Note 4 makes it clear that not all phablets have to be as uncomfortable as Apple’s first stab at the category.

But while it’s a great upgrade in many respects, the Note 4 also doesn’t include much that would compel owners of last year’s Note 3 to upgrade. Perhaps that makes sense, but with Apple in the phablet pool now, Samsung also needs to prove it can continue to innovate, rather than just iterate. 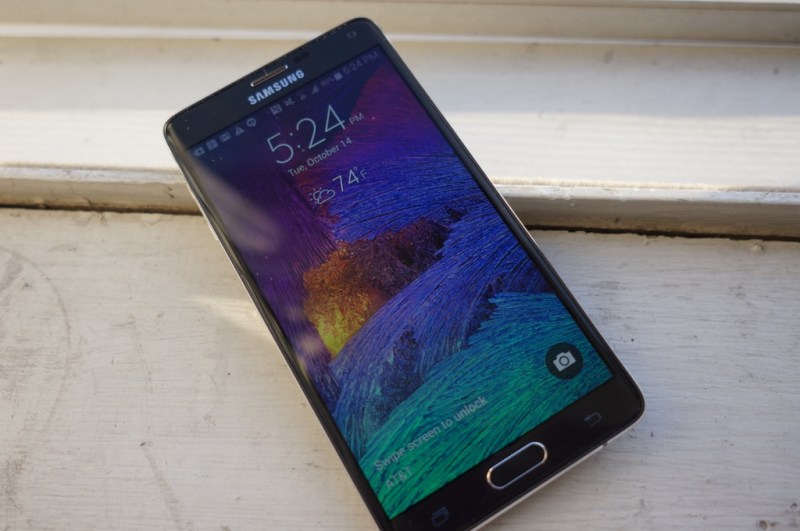 A bit of metal goes a long way

Similar to the new Galaxy Alpha phone (which closely resembles Apple’s iPhone 5 design), the Note 4 features a metal-accented side trim. That differs from the last three Note phones, which were all plastic.

Since it’s the part of the phone you hold the most, a slight change in side materials ends up going a long way for Samsung. The Note 4 feels like a more high-end device than the Note 3, which felt a bit cheap due to its plastic case. 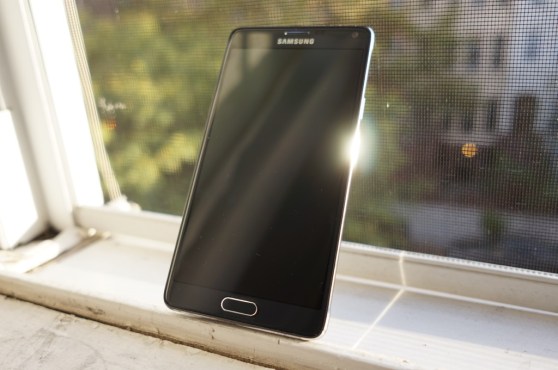 The Note 4 still has a plastic rear cover, allowing you to remove it to swap batteries or snap in an SD card for additional storage. The need for a removable cover is one of the big reasons Samsung has been stuck with plastic phone designs for so long, but now we’re seeing how the company can figure out ways to move beyond plastic.

Yes, the Note 4 is a big phone. But unlike the iPhone 6 Plus, it fits in your hand well. Samsung’s done a fine job of slimming down its Note lineup over the years, mainly by cutting out much of the bezel surrounding their screens.

The Note 4 is also lighter, making it easier to hold for extended periods, and its weight distribution also feels more balanced. One of my biggest issues with the iPhone 6 Plus was balancing it with just one hand; that isn’t an issue with the Note 4.

Naturally, it’s also a faster phone than the Note 3, but you probably won’t notice a huge difference. Once again Samsung is offering the Note 4 in two different processor variants, its own Exynos processor and Qualcomm’s Snapdragon 805, both of which are slightly faster than last year’s option. The new Adreno graphics core is around 40 percent faster than the Note 3, according to Samsung, and it showed when playing 3D-rich games. 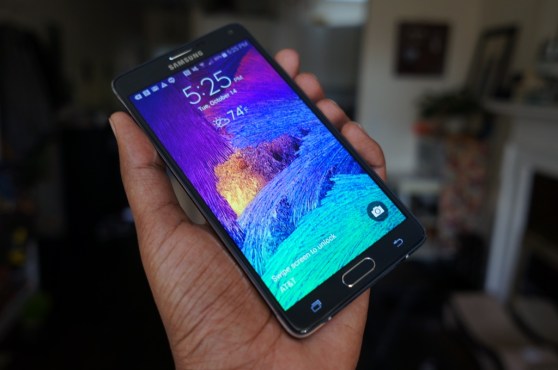 I can’t imagine that many consumers would be able to notice the resolution difference immediately, but the added resolution in the Note 4 still makes for a far richer experience. Just like other quad-HD screens, the Note 4 gives you an almost 3D-like sharpness when viewing complex photos and video.

That additional resolution is also what makes the Note 4 the ideal device to power Samsung’s Gear VR headset. The Note 4 actually slides inside of the Gear VR to power the headset’s processing capabilities and screen.

While I adored the Galaxy S5’s camera, Samsung managed to outdo that shooter with the Note 4. It features the same 16 megapixel resolution as the S5 (3MP higher than the Note 3), but it also adds optical image stabilization (OIS), allowing you to take better photos in low light.

That puts the Note 4 in good company, as the iPhone 6 Plus and LG G3 also feature OIS. And unlike the iPhone 6 Plus, Samsung claims its OIS capability also works when recording video (although the video I shot below is still a bit shaky as I walked around).

When it comes to actually taking photos and video, the Note 4 performed even better than the Galaxy S5. The phone focuses almost instantly (another feature brought over from the S5), and the pictures it takes are typically sharp and colorful.

Take a look at some sample photos and video below: 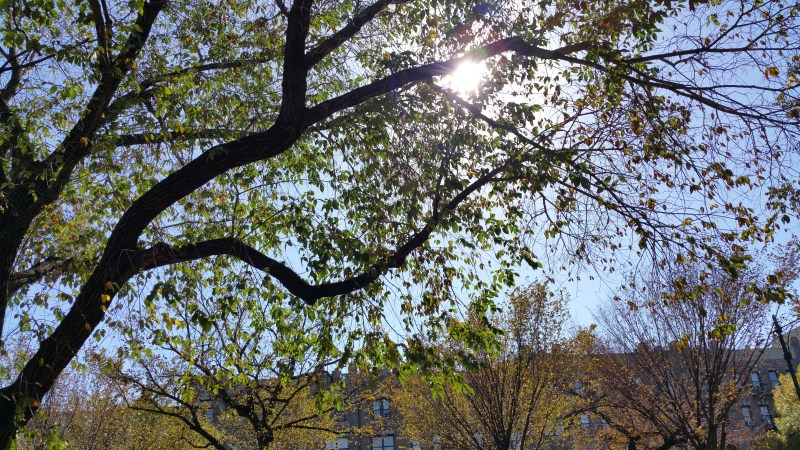 Other upgrades: A smarter stylus and new sensors

The stylus quickly became one of the defining features of Samsung’s Note lineup. You need to figure out new ways to take advantage of huge screens, after all.

With the Note 4 Samsung has improved the pressure sensitivity of the stylus, allowing for a smoother handwriting-like effect when drawing on the screen. I’m still not a huge fan of the Note stylii — I always find it faster to type out text — but the Note 4’s version is the best I’ve seen so far. It’s certainly nothing like putting pen to paper, but the phone now does a better job of mimicking traditional pen writing.

Samsung also brought over its fingerprint sensor and heart-rate sensor from the Galaxy S5, both of which function exactly as they did in that previous device. The fingerprint sensor, which can be used to lock your phone, is a nice addition, but it’s not nearly as easy to use as Apple’s Touch ID sensor. And since it relies on you dragging your finger down over the slightly raised home button, it always felt as if I were passing my finger over the dull edge of a knife.

The heart rate sensor, on the other hand, doesn’t really add much to the Note 4. Just like my experience with the Galaxy S5, I didn’t have much luck getting it to work consistently. Samsung also doesn’t make a case for why you’d want to regularly track your heart. 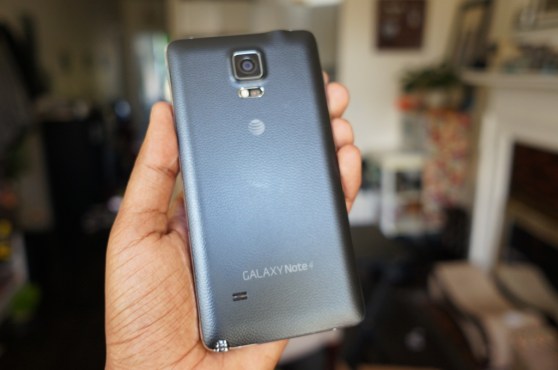 Verdict: One of the best phablets around

I’ve already made my case against phablets in my iPhone 6 Plus review, but at this point I also realize it’s a trend that won’t die anytime soon. If you’re into big phones, the Note 4 is one of the best options around.

But, as I mentioned before, there’s not much of a reason for Note 3 customers to upgrade just yet.

The big problem for Samsung now is that there are plenty of solid phablets on the market. LG’s G3 is an even more comfortable device, since it devotes the entire front to its screen. And while Samsung may have the upper hand against Apple for now, it won’t be too long until Apple figures out a way to slim down its design and one-up Samsung.