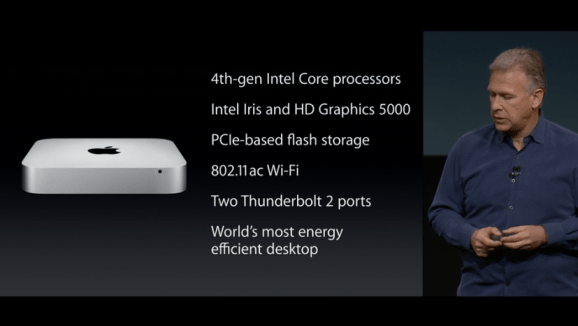 Key to today’s Mac mini upgrade is the price: The device is now $100 cheaper, retailing at $499. According to Apple, the new Mac mini “now features … integrated graphics that are up to 90 percent faster” than previous versions.

Like the iPad mini, Apple only gave the Mac mini a few seconds of air time during its keynote event today in Cupertino, Calif. Apple gave all the attention to the new iPad Air 2 and Retina iMac.

In a press release, Apple’s Phil Schiller stoically pitched the Mac mini as an entry-level device:

People love Mac mini. It’s a great first Mac or addition to your home network, and the new Mac mini is a nice upgrade packed into an incredibly compact design.