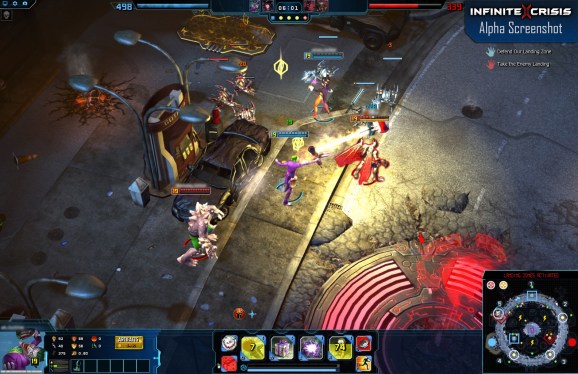 A screenshot for Turbine's Infinite Crisis.

Another developer suffers layoffs in the name of “strategic alignment.”

Turbine has suffered an unknown number of job cuts. The developer is best known for the massively multiplayer online role-playing game The Lord of the Rings Online, which originally came out back in 2007. It’s also working on Infinite Crisis, a multiplayer online battle arena game, similar to hits like Dota 2 and League of Legends, which features characters from the DC Comics universe. Infinite Crisis is still in open beta.

“As part of our normal business process, we’re routinely looking at the strategic alignment of our company,” said a Warner Bros. representative, speaking to Joystiq. “Unfortunately, in order for us to invest in growth areas at Turbine, we have to eliminate some positions. These are always tough decisions, which we don’t approach lightly, but it’s crucial that Turbine is structured in a way that reflects the current and coming marketplace.”

Before The Lord of the Rings Online, the Boston-based Turbine made a name for itself with Asheron’s Call, a popular MMO that came out back in 1999 (well before World of Warcraft redefined the genre in 2004). It released a sequel in 2002, but Asheron’s Call 2 shut down in 2005. The original is still online today.

Warner Bros. bought Turbine back in 2010.