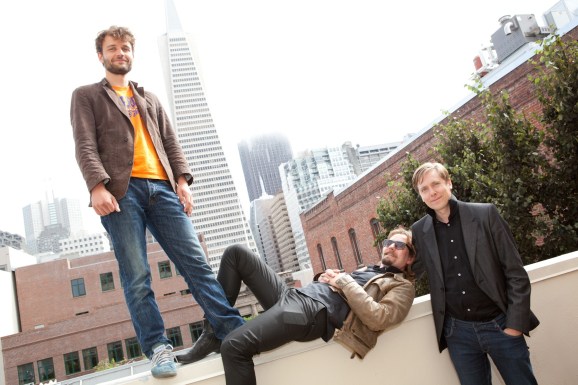 Joachim Ante, the co-founder and chief technology officer at Unity Technologies, said in a forum post that his company isn’t up for sale. The post contradicts reports, including one that we published, that said that Unity was up for sale.

Previously, Unity had stayed silent and declined to comment on the earlier reports. It’s not clear why Ante chose to speak up now, but his comment was clear. He reiterated Unity’s mission of democratizing game development, or making it possible for the smallest companies or individual developers to create their own games that can compete with those that giant companies make. He said that sometimes talk of acquisition comes up in discussions with partners.

But Ante said, “Our response has always been that for Unity, it is best to be an independent company. This has been true for the last 10 years, it is equally true today. So to sum it up: We have no plan to sell Unity.”

San Francisco-based Unity has made a game engine that enables developers to build high-quality 3D games that run on just about any platform. That has made it indispensable to the growing crop of independent game developers who wouldn’t otherwise be able to afford to port their games to different platforms. That, in turn, has also made it valuable among the different competitors who own game platforms (such as Microsoft, Apple, Amazon, and Google) and who often see such assets as pieces on a grand chessboard.

Unity has become a kingmaker, enabling the growth of game platforms by adapting its engine for those platforms so that they in turn can attract more game developers. That kingmaker role has made Unity valuable. Ante clearly values Unity’s contribution to the community of game developers as its primary value, but he left some of the story out of his narrative.

Sources had previously told me that Unity’s valuation could be anywhere from $1 billion to $2 billion. During the past few months, Unity has explored its options, including a possible sale. That exploration was prompted after a founder, Nicholas Francis, left and decided to sell shares on a secondary market. Since the shares fetched a high price from a Chinese company, Unity explored the idea of selling the whole company, the sources said.

Surely, that possibility was tempting as game companies have been selling for huge prices. Amazon bought game livestreaming firm Twitch for $970 million in cash. Unity has a venture capital investor in Sequoia Capital. Presumably, Sequoia will want to cash out some day. So if any offers materialize, Unity would probably be obligated to check them out. We know that Unity was using merger advisers Qatalyst Partners. But as far as we know, Unity evidently ended this process before it went very far.

Ante’s statement that there are no plans to sell Unity can be interpreted in different ways. The company may have explored selling the company and decided that the price was too low. It might also have been unable to guarantee its customers that it would have a truly independent game engine, particularly if it sold out to a platform owner. The process of looking for a buyer who would preserve Unity’s mission of staying independent may have resulted in no buyer who was truly committed to the same cause of democratizing game development.

So, if Unity did try to find a good buyer and couldn’t, it makes sense that it would declare that the company is not for sale. After all, customers might become wary of buying Unity’s tools if they were unsure whether Unity would go through a change in ownership. An uncertain future would be bad for Unity’s business.

Unity was founded in 2004 by Helgason, Nicholas Francis, and Ante in Copenhagen, Denmark. They created a game, GooBall, but failed to get traction with it. But they realized that the real value in what they created was in the tools and game engine. After the iPhone launched, they became a popular platform. The company moved to San Francisco. Francis left in February 2013.

In any case, Ante’s comment has answered one question but raised some others. Here’s his full comment below, which was made on a thread on Unity’s forums about the rumor of being up for sale:

We always wanted to make a game engine that is accessible to everyone — to give customers an equal chance to develop great games and compete with larger players.

In other words, democratise game development.

The role we now have in the gaming industry has been noticed by other companies. And today we have partnerships and collaborations with many of them. And these partnerships have enabled us to make it even better for you guys. For example offering you access to even more platforms in Unity at no extra cost. Sometimes when we talk to our partners, discussions turn to talk of acquisition.

Our response has always been that for Unity it is best to be an independent company.
This has been true for the last 10 years, it is equally true today.

So to sum it up: We have no plan to sell Unity.