The U.S. now has an “Ebola czar” who will be taking over the White House response to the Ebola outbreak — and the President’s appointee is a hybrid of Silicon Valley and Washington, D.C. 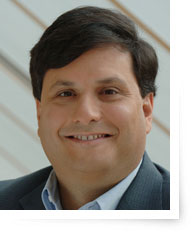 “While we are of course sorry to lose Ron for a period of time, we’re very supportive of him taking a leave to serve in this key role,” tweeted Case.

It has not gone unnoticed that Klain has no medical expertise, which is odd for someone trying to contain a potential medical emergency. But Klain is a trusted Presidential advisor and former chief of staff to Vice President Biden from 2009 to 2011.

This is not the first time that Obama has nominated someone close to Case and Silicon Valley to take over a crisis. During the Healthcare.gov meltdown, former Revolution Health Group board member Jeffrey Zients was tasked with getting the website back online.

An activist on immigration reform, Case has often had close relationship with politics. Revolution is a rare gem in the tech industry, with headquarters in Washington, D.C.