Attentive.ly has just landed $750,000 so it can bring more of its social marketing automation to businesses.

The Atlanta-based company offers a plug-and-play approach, where marketing platforms like Eloqua or email service providers like MailChimp can be readily integrated with its cloud-based social data/messaging platform. The company’s offering can also be used as a standalone tool.

“You can listen for mentions [on social channels] by your customers of the SXSW [Festival], and trigger flight deals to Austin, Texas, today [and] hotel and car deals six months out, then add that [customer] to your ‘business travelers’ segment” for future offers.

Additionally, she noted, a rule can be set up so that any similar mentions on social channels get similar offers. Messaging can be conducted through emails, direct messages, or following on Twitter.

“If we know they are self-identified moms talking about back-to-school, we can trigger an email, follow them on Twitter,” or take other marketing actions, she said.

Last week, the company unveiled a new Facebook ad tool that allows a marketer to direct ads based on behavior and communications on that social network, such as a user’s public posting about an intended purchase. Lemieux said a Twitter ad feature would be out by the end of the year. 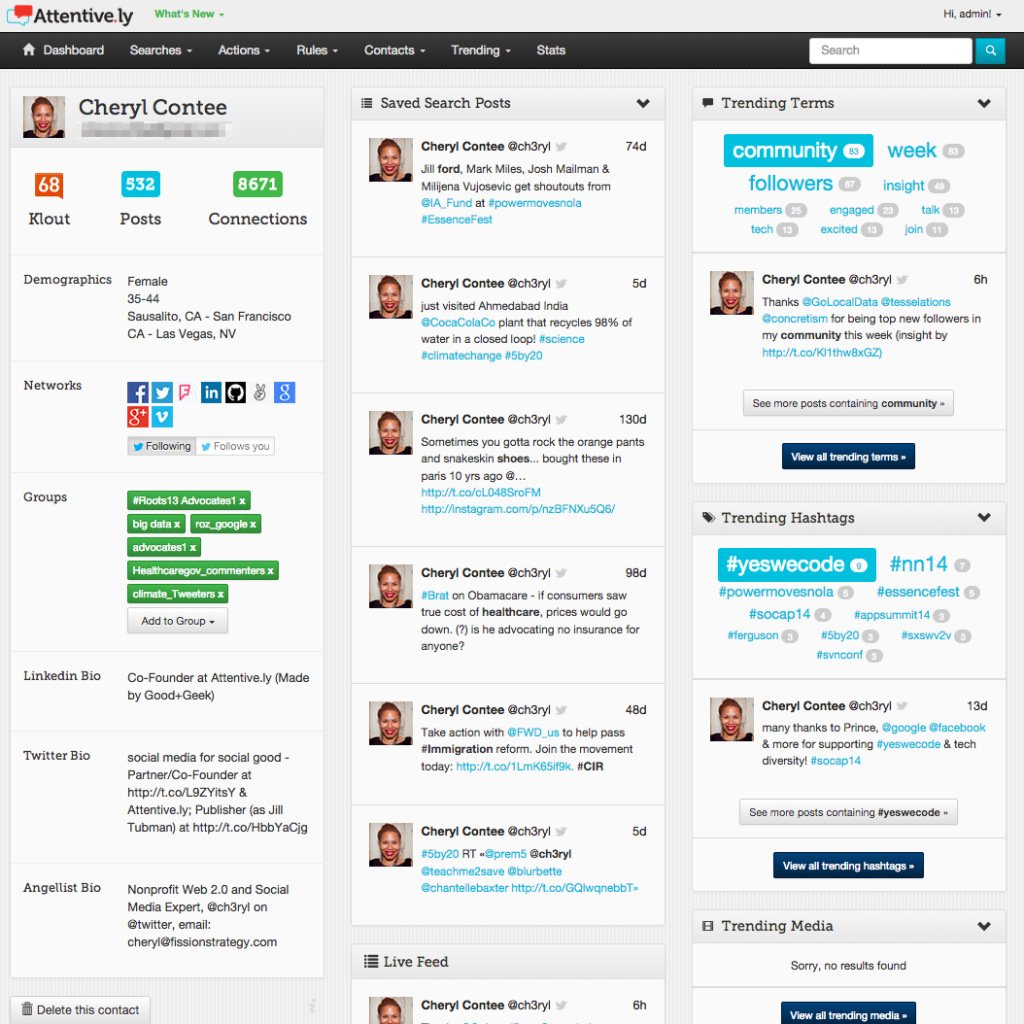 Above: A screen of social listening in Attentive.ly

While many marketing platforms have their own social marketing components, Attentive.ly’s angle is that it is easier, less expensive, and works with a wide variety of platforms.

“If you have Salesforce and [Salesforce’s] Radian6,” Lemieux said, “you can do a lot of this stuff” that Attentive.ly can do.

But, she added, that would require a more extensive setup, a greater financial investment, and it ties you even more to that platform. Lemieux said she was unaware of any company that offers the same kind of plug-and-play, multi-platform, multi-channel, real-time overlay of actionable social marketing.

The new funding brings the amount raised in a continuing seed round to $2 million since 2012, when Attentive.ly was founded.

The funding came from prior investors New Media Ventures and Atlanta Tech Angels, among others. Lemieux told us it will be spent to “build out the multi-channel piece” of the company’s platform and develop the channel marketing program. Atttentive.ly reports it currently has about 50 resellers.