League of Legends is in a league of its own.

The popular multiplayer online battle arena game League of Legends accounted for 22.54 percent of PC gamers play time in September, according to Raptr. That’s almost a whole fourth of total engagement across all PC games on the network. LoL is becoming a bit of a phenomenon, in part thanks to its incredible popularity in the huge (and growing) e-sports scene.

Raptr released a list that shows the top 20 games of September, according to it shares of total play time. You’ll see a lot of usual suspects, but the Korean massively multiplayer online role-playing game ArcheAge, which recently saw a western release, made a nice jump up to the seventh spot. Meanwhile, The Sims 4 debuted at No. 16.

Note that Raptr gets this data from its members, so it’s not necessarily representative of all PC gamers. However, it does have 28 million users from over 100 countries, so it can give us a decent idea of which PC games are the most popular. 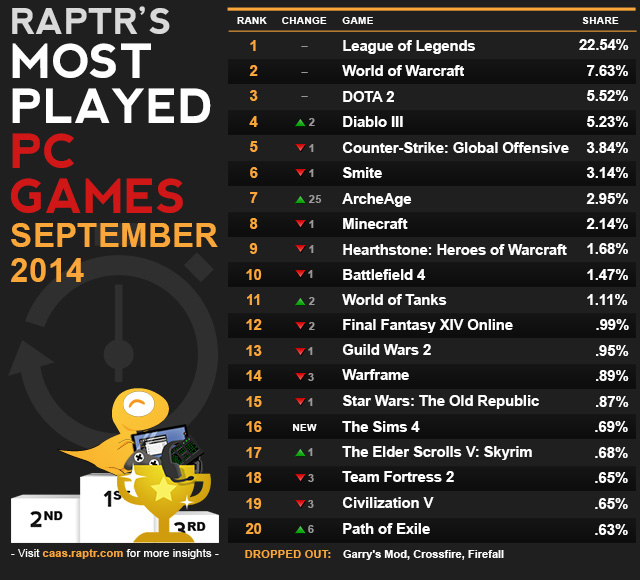