A little less than two months ago there were 25 billion-dollar mobile Internet startups. In a sign of just how quickly the mobile ecosystem is exploding, there are now 32. 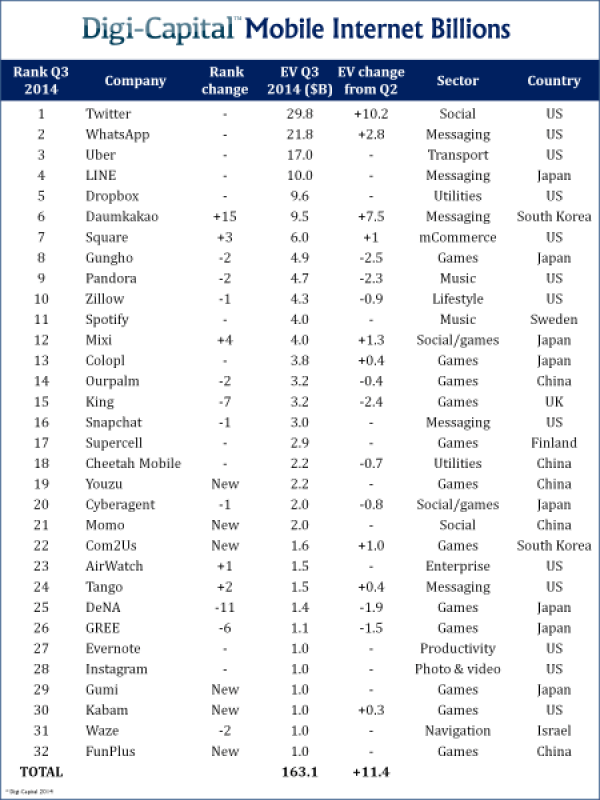 To make the list, companies need to derive substantial amounts of their revenue from the mobile Internet, Digi-Capital managing director Tim Merel told VentureBeat via email. Qualcomm and Apple don’t fit the filter, nor do companies with “substantial but minority mobile Internet businesses,” such as Tencent with WeChat.

Twitter, WhatsApp, and Uber continue to top the list. Twitter’s current $30 billion valuation, up $10.2 billion this quarter, is the highest — Twitter, of course, gets more than 75 percent of its traffic via mobile.

South Korean messaging monster Daumkakao, which is the result of a merger between Daum and Kakao, jumped both 15 places and $7.5 billion in value since the last index, hitting sixth place with an estimated value of $9.5 billion. Meanwhile, U.K.-based gamemaker King has hit a rough spell, dropping both seven spots and $2.4 billion. 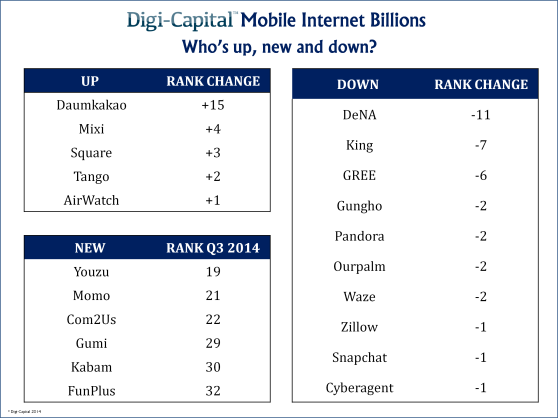 The category is still growing fast.

Interestingly, most of the billion-dollar mobile startups are in the games space, with 12 companies. Five are social, four are in messaging (which is pretty social, too), and the rest are in a wide-ranging combination of 12 different categories, including enterprise, lifestyle, commerce, and more. 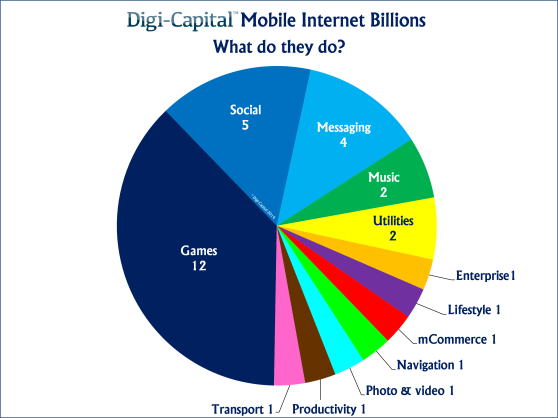 That breadth should give early startups a great deal of hope.

“The diversity of the Mobile Internet Billions companies is as impressive as its scale,” Merel says. “The next billion-dollar company could come from any mobile Internet sector.”

While 13 of the mobile Internet startups are based in the U.S., 15 are in Asia, with Japan at eight, China at five, and Korea at two. The U.K. has one, with Sweden’s Spotify and Finland’s Supercell rounding it out for Scandinavia.

The full report is here.