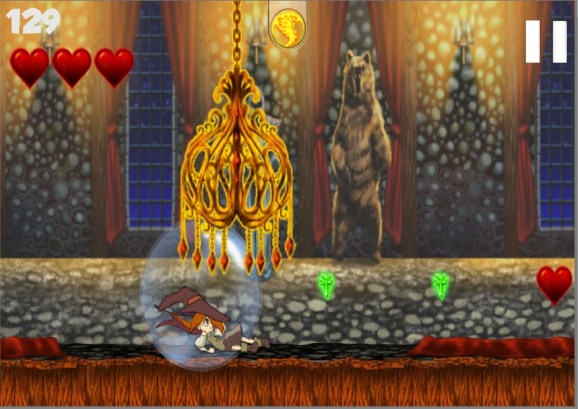 Once Upon a Runner is an interesting twist on endless runners and fairy tales.

A little girl being whisked away to a magical landscape is as familiar a story opener as it gets. But it’s not often that said little girl can shoot fireballs.

The first entry in our “Pitch us in one Tweet 2014” countdown of the best indie game pitches is Once Upon a Runner from SaltyPepper Games, an endless runner set across half-a-dozen reimagined fairy-tale landscapes.

The game: Once Upon a Runner 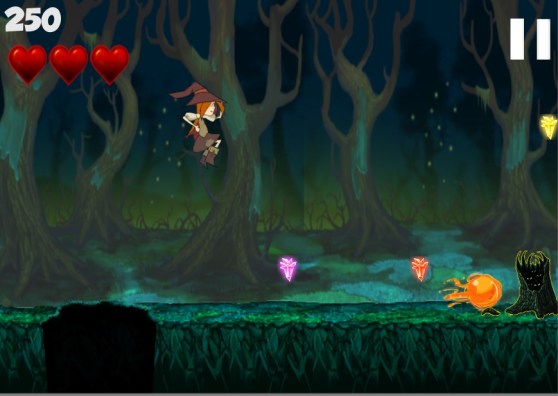 Above: You can upgrade Ella’s fireball abilities with crystals that you collect in each game stage.

The pitch: @saltypeppergame: “Run, burn and smash your way through 6 fairy tale settings as Ella. Beware of Stalker Wolves.”

Why I picked this: Aside from being a sucker for fairy-tale revisionism, it only took a few comic-book cutscene panels for me to attach to Ella. The precocious little spitfire takes on a universe of violent fables with a smirk and love for setting things right (and/or on fire). Once Upon a Runner also shines during its boss encounters. Ella must avoid getting stomped by a pair of booted giant feet or fling fireballs at the head of a screen-filling big bad wolf, among other fairy-tale boss bouts.

What is it?  Similar to the Bit.Trip Runner games, Once Upon a Runner is an endless runner that actually has an end. The title is more than just an increasingly difficult series of twitch dodges and jumps (although you can unlock an endless mode). Story levels are finite, with a boss battle waiting at the end of each stage. Crystals collected throughout the level can be used to add to Ella’s health or fireball count. You can also pick up crystal magnets and shields during each stage for their respective benefits, and they too can be upgraded for longer effects.

Is it good? Once Upon a Runner is a bit simplistic for its own good, but you will find an undeniable charm here, largely thanks to Ella. Her animations in particular are admirably detailed. The constant onslaught of personality mostly smooths out the game’s rough edges.

Look for it: On the Google Play store for Android devices. An iOS release is currently in development.

This is the first of 10 selections from our “Pitch us in one Tweet” contest. You can find the rest of our choices by following this tag.