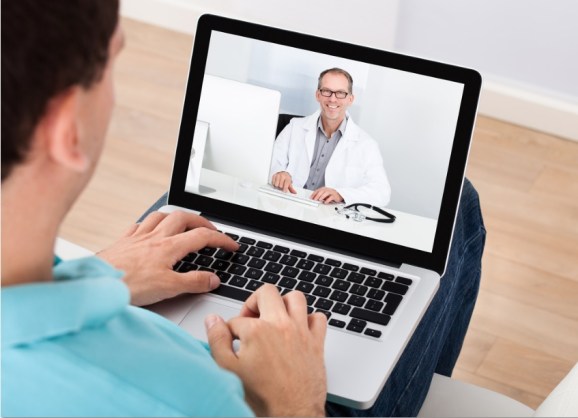 When I was a young undergraduate at the University of Michigan, Professor John Kingdon attempted to help his students understand why policymakers take up particular topics at particular times. The most obvious reasons are disasters or other high-profile focusing events that demand action. But most of the time, policy ideas “hit” when there is no one singular focusing event but a culmination of work by advocates to connect policy solutions to problems that the political realm is looking to address. Kingdon asserted that there are policy ideas that float around in the “policy primeval soup.” They bubble up and take time to develop. Meanwhile, political “streams” change according to national mood, elections, interest group campaigns, nominations, etc. When the policy soup and political streams converge, advocates are able to open a “policy window.”

The telemedicine window has opened, and 2015 will be the year that we go through it. The idea of telemedicine has floated around in the “soup” primarily in relation to ensuring care in rural areas. We’ve seen localized examples of success using virtual care, as well as increasing broadband deployment and plenty of champions of telemedicine policy among rural lawmakers. However, until now, there hasn’t been momentum to truly integrate the use of telemedicine into the spectrum of health care services for all Americans. Four factors have created the political momentum and policy environment for changes in the regulatory and legal structures around telemedicine, making this a critical time to effect change and finally make telemedicine mainstream:

Today’s consumers are accustomed to using technology for quick access to products and services. Health care is no different. Telemedicine used to be reserved for rural patients trying to access care over long distances. But today, consumers are engaging in telemedicine visits through their health plan, employer, directly over the Internet, or even at their local retailer. According to a report from Research and Markets, the global telemedicine market, valued at $14.2 billion in 2012, will have a compound annual growth rate of 18.5 percent through 2018. This growing market is a reflection of consumer desire for health care to evolve with technology. The challenge is that Medicare beneficiaries in traditional Medicare can’t use telemedicine to reach their health care providers in most situations because of outdated legal rules prohibiting most reimbursement.

The promise of telemedicine cannot be realized without robust broadband infrastructure. According to the Pew Research Center’s Internet & American Life Project, only three percent of American adults had a high-speed broadband connection at home in the year 2000. By May 2013, that number reached 70%. The literal groundwork has been laid for use of telemedicine at home, and we should be taking advantage of it.

Telemedicine has all of the political elements that lawmakers seek: Their constituents who have used it like it. It’s technologically advanced and presents a vision of the future of health care. It lowers costs and increases access. It is also a separate issue from the Affordable Care Act that both parties can embrace. It is American entrepreneurship and disruptive technology at its best. Lawmakers want to be “for” something in health care, and telemedicine presents that opportunity. This is the last legislative session before the beginning of the presidential election cycle. Lawmakers seem to have an appetite to get some things done, and telemedicine has a viable path forward as one of those things.

The Alliance for Connected Care will be working over the next year to capture this opportunity and ensure that more Americans have access to telemedicine services. The window is open; it would be a shame if we didn’t go through it.

Krista Drobac is executive director for the Alliance for Connected Care. She will be speaking at VentureBeat’s upcoming HealthBeat 2014 conference, Oct. 27-28 in San Francisco.