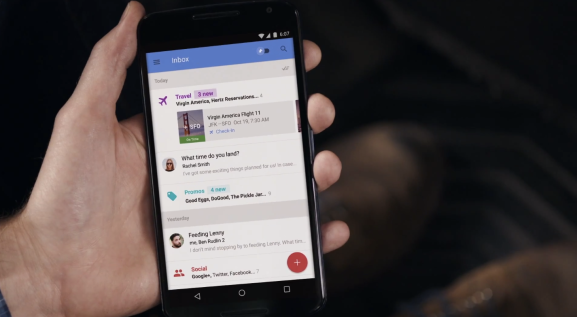 Today Google announced Inbox, a new email client which collects and organizes emails to highlight “important info at a glance.” The service is only available in private beta for now.

According to Google, Inbox includes “Bundles,” a feature which groups emails by category; “Highlights,” which makes it easier to find important emails; and snoozable reminders, which mirror the features of Boomerang, a popular Gmail plugin.

This release follows rumors that Google would release a significant update to its Gmail app. There’s no word on when, or if, that update will be released.