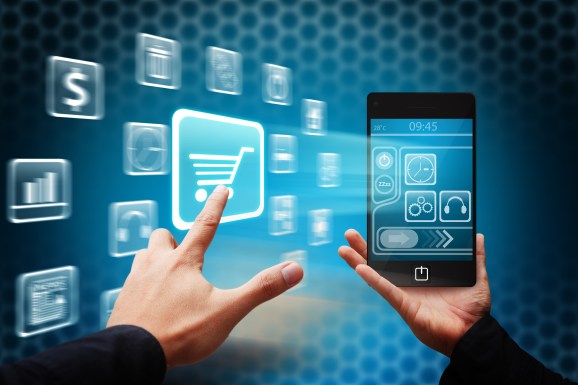 CPI is currently the dominant ad format in mobile. App developers continue to spend to acquire users, even as CPI costs have continued to rise. Fisku’s Indexes have reported an annual increase of 16% on iOS and 44% on Android.

Big industry players are capitalizing on this trend. For example, 59% of Facebook’s Q2-14 advertising revenue came from mobile, the majority of which was driven by CPI. The company generated $2.27B in advertising revenue in Q2, which translates to around $1.3B of mobile CPI revenue per quarter. Other companies include Twitter with the release of a Mobile App Promotion product and Pinterest with the announcement of the upcoming ability to add tracking pixels to Pins.

Despite the targeting power of these platforms, rising costs will make it increasingly difficult to acquire market share through CPI advertising. App developers will shift towards social channels, app store optimization, and campaigns based on long-term user engagement.

So, what comes next? Based on current market research and trends, we anticipate mobile commerce to rise as a new leader in mobile advertising.

Publishers are responding to mobile commerce

Mobile commerce is already booming. Forrester research estimated revenue from shopping on mobile devices will hit $114B in 2014. In comparison, Apple paid developers $10B and Google paid $5B over the last year, meaning mobile commerce is already over seven times the digital goods revenue of the mobile platform leaders! This boom in mobile commerce is being driven by new business models like Uber, Airbnb, Zulily, and Instacart along with more traditional online retailers like Amazon and GAP.

This trend isn’t going unnoticed: Facebook has been testing a buy button on their platform using user credentials, and it was just reported that a payment mechanism through Facebook Messenger is in the works. Earlier this year, Twitter acquired CardSpring, the tech provider for an API that lets developers link mobile and digital apps to credit cards. It’s becoming crucial for apps to attribute and capture the mobile spend initiated through social sharing and discovery within their own experience.

Simultaneously retailers have been improving their own shopping experiences on mobile. TrialPay powers reward-based flows that allow app users to earn premium currency or content by making online or offline purchases with companies like Gap on their mobile phones. In the online world, we’ve seen the use of mobile wallets, stored credentials, and simplified flows across our retail partners improve conversion rates by 20% across the last six months. In the offline world, we’ve built the tech that allows consumers to discover deals on their phone, make a purchase in a brick-and-mortar store, and to earn virtual content for that purchase — all in the swipe of a credit card.

We all know intuitively that a huge portion of spend is initiated on mobile and it’s finally becoming attributable. A service like TrialPay allows for flow and tracking, one enhancement for developers during this larger shift into mobile commerce. As innovation continues to occur across the ecosystem, brand dollars will be directed more and more to mobile. Brand video budgets will be outstripped by directly attributable mobile commerce that’s far more understandable and manageable for agencies and CMOs. This revenue stream will be captured in part by social networks like Facebook, Twitter, and Pinterest where users congregate to share content, but the pie is bigger than that.

App developers are next

App developers need to prepare for this shift in mobile advertising to capitalize on the growing revenue stream. Developers who can serve an engaged audience with relevant advertising content from brands will be able to sustain growth without oversaturating users with banner ads for the same subset of games and apps. And developers should be looking for partners who are developing the technology to support mobile commerce solutions can help enable that shift.

Based in SF, Daniel Kadvany is a Product Marketer for Trialpay focused on helping app developers monetize, acquire, and engage users.