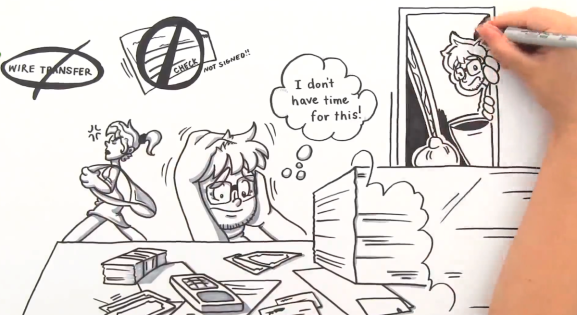 Let’s say you’re a global ad network. You take credit card payments from your advertisers around the world — your customers — and you pay the publishers in many countries who run the websites where the ads run.

But, given all the regulations and currencies, how do you pay them?

That’s the problem the cloud-based Tipalti platform was built to solve. Today, the Israel- and Palo Alto, Calif.-based company announced it has nabbed $13 million to keep the money flowing between borders.

Some suppliers want to see debit cards, others Western Union payments, paper checks, or PayPal. Then there are local currencies, local laws, and tax collections — plus rules on how to avoid making payments to terrorists or drug dealers.

“You’d think wire transfers would solve [the problem],” he said, “but wires are expensive and you encounter a lot of friction” — such as local regulations and compliance.

To integrate the Tipalti platform, paying companies add a line of code to their website.

Payers then register their banking information, it’s validated, and payment methods are selected — ACH, eCheck, PayPal, prepaid card, paper check, cash, or, if desired, wire transfer. For each payment, the payer submits instructions and Tipalti makes the payment to the payee in any country, in local currency.

The service is free for the payer, with Tipalti’s fee covered by the payee.

Currently, Amit said, the company has about 100 paying customers and about 300,000 payees. The platform, which was launched in 2011 following the company’s founding in the summer of 2010, handles “between a billion and $1.5 billion annually,” he told us. Customers include mobile ad platform Tapjoy, Internet marketer ClickDealer, ad network MUNDOmedia, comment hosting service Disqus, and game marketing platform Chartboost.

Amit told us that the Series B funding, raised in a round led by Wicklow Capital, will be used to boost sales and marketing, get the word out because “we’re in a category by ourselves,” and support further product development.

As for competitors, Amit noted that the individual payment options — like PayPal, debit cards, or Western Union — do offer something of an alternative, “but they’re only one payment option.”

“The kind of solution we provide, an umbrella for all these payment methods — there isn’t [another] player in this space,” he said.