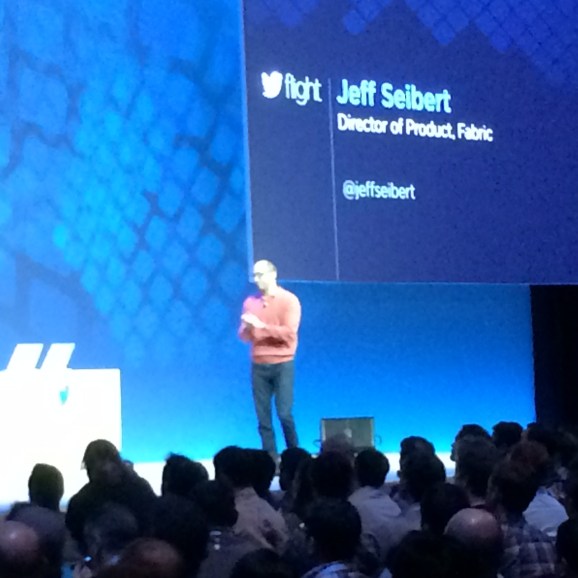 SAN FRANCISCO —  Twitter chief executive Dick Costolo kicked off the company’s developer conference, Twitter Flight, from the stage of the Bill Graham Civic Auditorium Wednesday, unveiling a much-anticipated modular software development kit called Fabric, much to the delight of the hundreds of developers in the audience.

Using Fabric, developers can drag and drop SDK components into their projects, streamlining the development process.

Fabric is built to help developers by showing them a roadmap of where to place code in the app development process. Fabric is helping Twitter clients, Costolo said, because developers can add media support for Twitter advertising customers,

Another feature Twitter unveiled is called Twitter Kit, which according to Costolo works in conjunction with MoPub.

“Flight is distinct from existing frameworks in that it doesn’t prescribe or provide any particular approach to rendering or providing data to a web application. It’s agnostic on how requests are routed, which templating language you use, or even if you render your HTML on the client or the server. While some web frameworks encourage developers to arrange their code around a prescribed model layer, Flight is organized around the existing DOM model with functionality mapped directly to DOM nodes.

“Not only does this obviate the need for additional data structures that will inevitably influence the broader architecture, but by mapping our functionality directly onto the native web we get to take advantage of native features. For example, we get custom event propagation for free by piggybacking off DOM event bubbling, and our event handling infrastructure works equally well with both native and custom events.”