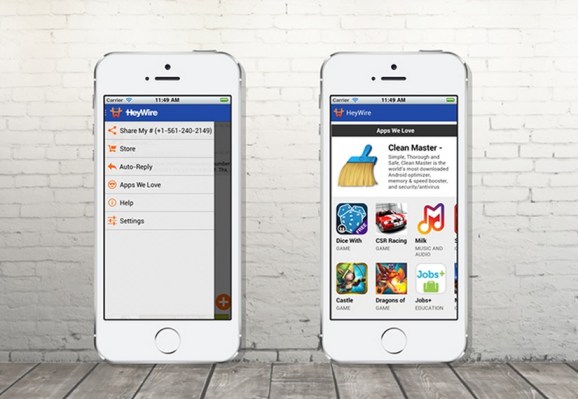 YouAppi is announcing it has raised $3 million in funding to build on its analytics that figure out what customers do after they download an app.

A lot of middleman companies will help mobile app developers acquire a lot of users, but YouAppi focuses on what happens after the customer is acquired, Moshe Vaknin, founder and chief executive of the New York-based company, told VentureBeat. You Appi then figures out what the developer should do to get the most out of that customer. Vaknin said that results in a higher customer lifetime value.

“We have developed a platform for mobile app recommendations based on data analysis,” Vaknin said. “We work very closely with mobile app companies to acquire valuable users in a sophisticated manner. Then, with our post-action analysis, we look at what happens after the install.”

After it analyzes what a consumer does with an app, YouAppi can come up with better recommendations on what apps are right for that user. The proprietary matching algorithms are based on the usage habits of 200 million mobile users.

Games have driven mobile monetization over the last few years, but YouAppi can apply its algorithms to the broader collection of mobile apps. It aims to help all app makers get more insight into their customer acquisition and better control over revenue, Vaknin said.

There is a lot of competition in the space, including Google’s DoubleClick. But YouAppi has already tested the technology on thousands of campaigns.

“We are unique by focusing on what is behind the conversion of a user,” Vaknin said. “It’s very complicated.”

The company can provide real-time multivariate analysis and delivers mobile app recommendations for brands, marketers, ad agencies, and more than 600 publishers. YouAppi’s engineers have been working on the predictive algorithms since 2012. They analyze patterns according to 25 different demographic, geographic and interest-based factors. Then YouAppi segments the usage patterns of users to identify profitable mobile customers for each mobile marketer.

The company begins each client engagement by defining that client’s customer acquisition Key Performance Indicators (KPIs). For one client, the KPI might be the time spent on site or the number of articles read, while for another client, the KPI might be the number of items placed in a shopping cart or purchased within a given period of time. Then the YouAppi team develops a customer acquisition strategy.

Madgic, a mediation company, has been using YouAppi’s tools to get thousands of customers.

“There are tens if not hundreds of solutions promising app installs,” said Madgic CEO Olivier Chouraki in a statement. “What sets YouAppi apart is the company’s proprietary technology and experience, which delivers thousands of new customers at significantly higher lifetime value, month after month.”

Vaknin founded the company in late 2011 after he realized that getting a user is just the beginning of a journey to convert that user into a heavy spender.

“We’re excited to lead YouAppi’s current fundraising round after a year of significant revenue growth since Glilot first invested in YouAppi in 2013,” said Kobi Samboursky, cofounder and managing partner of Glilot Capital, in a statement. “Positive feedback from the company’s clients continues to validate their value proposition: YouAppi generates mobile customers with a greater Lifetime Value.”

The company has offices in New York, San Francisco, Madrid, and Israel. Vaknin, who previously founded mobile ad network Todacell, said YouAppi has doubled revenue every quarter in the past year.