And while Amazon continues to be vague about the financial figures of its public cloud, it’s possible to make an educated guess.

For the second quarter in a row, the year-to-year revenue growth rate for Amazon’s “other” revenue — including AWS as well as advertising services and co-branded credit card agreements — came in below the considerably larger numbers in years past. It hit 39.58 percent, based on $1.34 billion in revenue.

That’s just above the second-quarter revenue growth number of 38.39 percent.

And as Amazon continues to run that play, its revenue growth just isn’t what it was in the golden days. 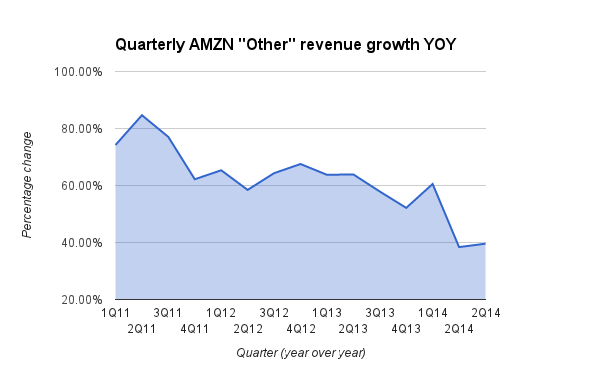 Above: Growth of Amazon’s “other” revenue over the years.

To be fair, though, it’s not like Amazon’s cloud revenue isn’t going up anymore. It is. 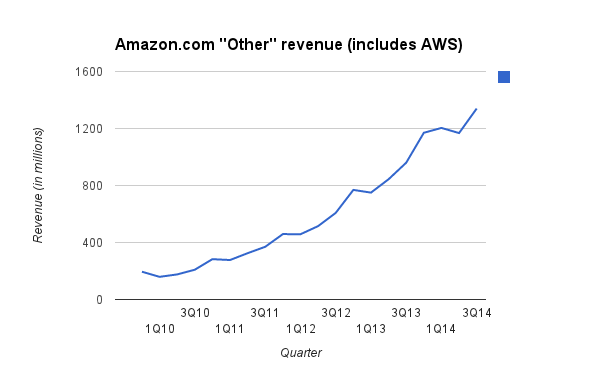 Above: Amazon’s “other” revenue is up again.

And Amazon has indeed been hard at work, frequently introducing new features.

In the words of Amazon chief financial officer Tom Szkutak, “The team is innovating very quickly.”

A summary of AWS news in the quarter:

Amazon stock was down more than 10 percent in after-hours trading.