Developers see the value in feeding a lot of different kinds of ads to people playing mobile games. But mobile ad networks don’t always have the developers’ interests at heart. So there has to be a way to ensure that the right ad is shown to the right player at the right time, with tracking for the results.

That’s what Heyzap is attempting to do by launching its “mediation service,” which enables mobile app developers to display ads from multiple ad networks in a transparent way. This permits a developer to optimize by showing the most appropriate ad from a variety of ad networks to a particular user. With this kind of control, a developer can monetize better and control its own destiny.

Cofounder Jude Gomila said in an interview with GamesBeat that while Heyzap offers its own ads through its own ad network, it will not unduly favor its own ads over those from other companies. Developers can dynamically test mobile ad networks against each other, and it automatically deploys different networks to maximize revenue.

“We think the market is going in the direction of mediation,” Gomila said. “Developers want to know which ad networks are really working for them.” 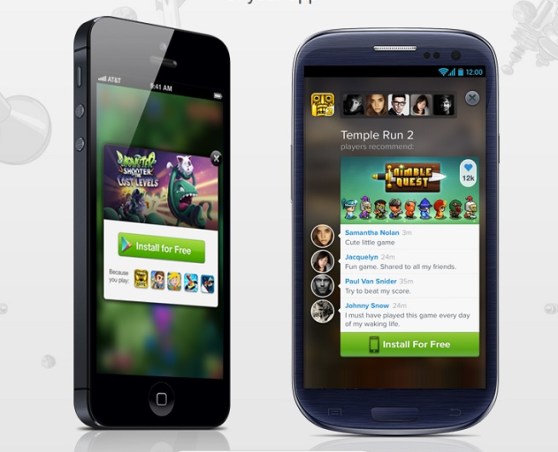 Heyzap provides Mediation Insights, or visualization tools that map the true performance of mobile ad networks and pioneers transparency for the entire mobile ad industry. The tools are useful not only in games but in other kinds of mobile apps as well. Developers can use the mediation to better understand their monetization strategy and performance.

A developer can set up and manage multiple ad networks through one integration. Heyzap’s platform then uses machine learning (software that learns from data and doesn’t just follow programmed instructions) to choose the best network for any particular ad target. Transparency matters because developers can learn from their history and the examples of others. The dashboard enables a developer to make country-specific and network-specific decisions at a single glance.

A developer can view the regions where ad networks are performing poorly. They can remove a network that is failing in all countries. And they can act on impression caps that limit high-performing video ads and networks, Gomila said. He said there are too many software development kits out there, and Heyzap needs to provide trusted information on which ones to use.

Rivals include Fyber and MoPub. Heyzap Mediation is available for Android, iOS, Unity 3D, and Adobe Native Extension developers. Gomila and Immad Akhund cofounder Heyzap in 2009 as a flash game services company, and it has gone through a few evolutions and is now focused on mobile. They have raised about $10 million to date from Union Square Ventures, Naval Ravikant, Qualcomm, and Ashton Kutcher. Heyzap has 20 employees.

Gomila said the company is profitable and is growing fast.