King launched Candy Crush Soda Saga, the “sister title” to the enormously successful Candy Crush Saga, earlier this week on Facebook. The game is intended to fuel the public’s fascination with this colorful and sweet franchise, which has been out on mobile for under two years.

King has seen a huge wave from Candy Crush Saga, dominating the top ranking charts on mobile for a couple of years now. Candy Crush Saga players spent $790.1 million on the game in the first six months of 2014. But the laws of gravity will inevitably bring the hit back to earth, and King is using its profits to open studios and create games that will move into Candy Crush’s slipstream. Investors are worried, and they’ve been selling off King shares this week. The stock is at $11.02 a share, about half of its peak during the past year.

We talked with Sebastian Knutsson, chief creative officer at King in its Stockholm office, about how the team created the new title and its ambitions for the future. We also talked about the future of mobile games, which are expected to overtake console revenues in 2015, according to Newzoo. The market researcher estimates mobile game revenues will grow from $25 billion in 2014 to $30.3 billion in 2015.

King, of course, wants a big share of that. Here’s an edited transcript of our talk. 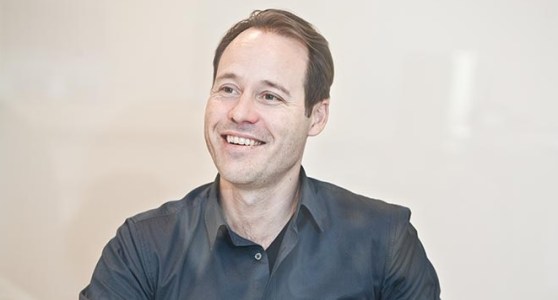 Above: Sebastian Knutsson, the chief creative officer at King.

GamesBeat: Was there some history to the Soda game? Did it have any life on the Web, as one of your older games, or is this a new thing?

Sebastian Knutsson: It’s a brand-new game that’s been developed with some members of the original Candy team and some additional people. It’s not come from the web platform onto Facebook and mobile. It’s a fresh take on the game people have known before on mobile.

GamesBeat: How long ago did this get started?

Knutsson: A year ago or so. We’ve been treading cautiously with such a massively successful game in Candy. We wanted a game that could add something fresh, but would still be unmistakably Candy somehow. That’s not an easy challenge, so we’ve been taking it slow. It was about finding the right gameplay, testing it with users, getting good feedback, and iterating until we had a great game.

GamesBeat: It sounds like you’re following the formula King has used for a while: launching a game on Facebook and optimizing before moving on to mobile.

Knutsson: We’ve been soft testing the game on Facebook for a while, but also testing it on mobile for a while. The original Candy Crush started on Facebook first, whereas in this case we started with both in parallel, to make sure we’re up to the same feature set on both platforms.

GamesBeat: Did you use the same technology as Candy Crush, or have you moved to anything new?

Knutsson: We’ve redone the whole engine from scratch. We’re not promoting it too much, but if you play on Facebook and look in the settings, you’ll find things like a full screen mode. You’ll probably appreciate it a bit more that now it’s full 3D all the way through.

GamesBeat: What are some things that you figured out during the testing that tell you something about your users?

Knutsson: When you have a game that’s great — something that’s not broken, and yet you’re trying to fix it — it’s never an easy challenge to try to keep what’s great and still bring something fresh. We’ve been trying to find new gameplay that is different enough that it feels like a sister game, to be played side by side, and yet you know where you’re starting from. If you’ve played Candy Crush it should be easy to get into. At the same time, it shouldn’t be for Candy Crush experts. Even a new player should be able to understand this new game.

What people react the most to is the soda mode. That’s why we called this Soda Saga. That’s where you start to see some of the big differences. In some levels the candy is closed up in the soda instead of dropping down like it used to. That takes some time to get used to, but once you learn how to master that, it becomes a totally different game from the original. 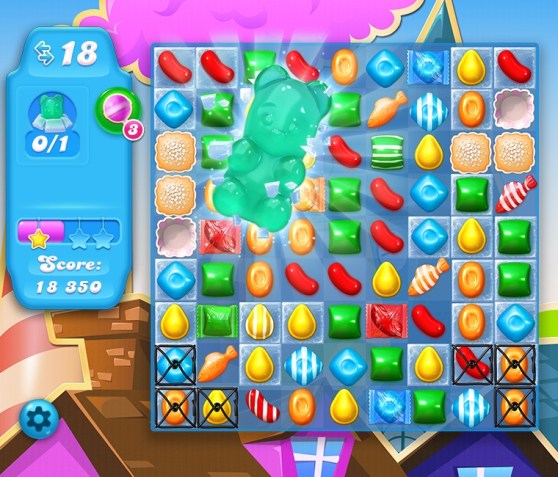 GamesBeat: What’s some of the thinking behind your timing of the release, as far as doing it so that you don’t take away the audience from Candy Crush, but you also keep those people busy so the audience overall doesn’t decline?

Knutsson: It’s been about finding a game where players who love Candy Crush can have even more Candy Crush. At some point you always run out of lives, and then you can try using your lives in Soda instead. But I think as far as timing, the game is ready when it’s ready, when it’s good enough. At the same time, Candy is still a huge game, hugely successful. We want some of our audience to join Soda as well, and those players will hopefully enjoy both side by side.

We’re also doing some of the biggest expansion we’ve ever had in the original Candy Crush. The team for the original game is as big as ever. We’re doing some big expansions for early next year to update that game as well. This doesn’t mean that we’re shifting our focus to Soda instead. We’re focusing on both games.

GamesBeat: How many levels is the original Candy Crush at now? Or both together?

Knutsson: The original is probably around 600. To be honest, I’m stuck at 481. I haven’t seen the last original one. With Dreamworld, we’re way past 1,000 levels in the original Candy Crush. On the new one, we’re going to launch with 135 at the start and we’ll keep updating the levels on a fairly rapid basis.

Knutsson: The players always want more content. I was talking to the lead producer on Soda the other day about the user testing side. He had a story about his mother playing the game. She had complained about level 75, and that was the last level of the early playtest build. It was pretty hard, and she was complaining about it. Then, when she finally completed it, she called him and straight away asked when he would have more levels.

That’s always the reaction from players. You have to have a rapid pace of level production, because there are always people who hit the end and want more. At the same time, people get spread out over time. Some get stuck earlier. But when you finally pass that hard level, you don’t want to just get to a point where there’s no content behind it. That’s how we’re setting up the teams to work.

GamesBeat: What’s your reaction to the popularity of the original Candy Crush, how far it’s reached?

Knutsson: The success has been massive, and it took us partly by surprise. We’re humbled by the success and trying to make sure we make our players happy. We want to be proud of our games. We see this very much as managing the franchise, extending it with additional great games, and making sure people can keep enjoying Candy Crush.