With all of the internet hate out there, it seems like we’ve strayed off topic. The GamerGate controversy has taken up a lot of our attention. I think It’s time for gamers to get back to playing games and talking about them. I am guilty of failing to play games because I’ve been too busy writing about them. I’m not the only one with a time crunch, and it may be why a lot of people have moved on to casual games and lightweight mobile fare, rather than play console games that take 20 hours to play.

I’d like to return the conversation to playing games. Let’s imagine we’ve got a lot of time. After all, in the words of the legendary game designer Sid Meier, creator of Civilization, “Having fun is important.”

Not all of my picks for the best game of the fall have been critical favorites. But I’ve had some surprises based on the previews I’ve seen and the actual games that the publishers have shipped. This list is quite different from the one that I drew up after E3, the big industry trade show. After Take-Two Interactive delayed the Evolve title until 2015, I was worried that we wouldn’t have enough awesome games to occupy our time. But I’m happy to say I was wrong about that. Of course, these are just my own impressions based on what I’ve seen so far. I’ve tried to play whatever’s available here, and I’ve seen a lot of these titles in previews. When our actual game reviews run from our crew of seasoned writers, then you’ll have a better idea about whether the game is worth picking up or not. 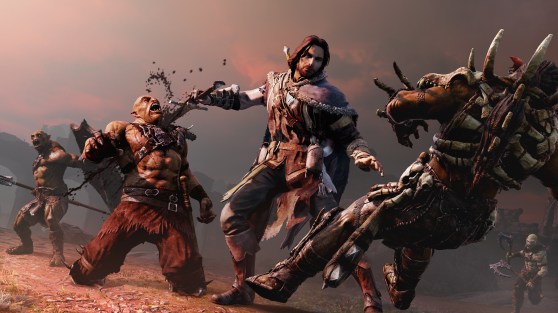 Above: Shadow of Mordor lets you run loose on the armies of Sauron.

This game grew on me after Monolith revealed the mysterious “wraith character” is Celebrimbor, the maker of the Rings of Power. It has a compelling story worthy of J.R.R. Tolkien’s Middle-earth universe. And it has wonderful nonlinear gameplay with the innovative Nemesis system, where you have to question or control lower-ranking orcs to get intelligence on the more important players in the chain of command of Sauron’s orc army in Mordor. Once you get the lowdown on an orc leader, you can assassinate that leader, or get his followers to betray him. If you fail to kill the leader in a mission, he becomes more powerful. You can pursue the missions in any order you wish. The gameplay is fun, beyond the usual hack-and-slash combat. You can pull tricks like shooting a hornet’s nest that will drop on a bunch of orcs, distracting them so that you can sneak around and complete your mission. It’s so rare and refreshing to get a good Middle-earth game, and it is, not surprisingly, based on a completely original story. I’ve played a lot of them, and I can’t tell your how pleased I am to play this game. 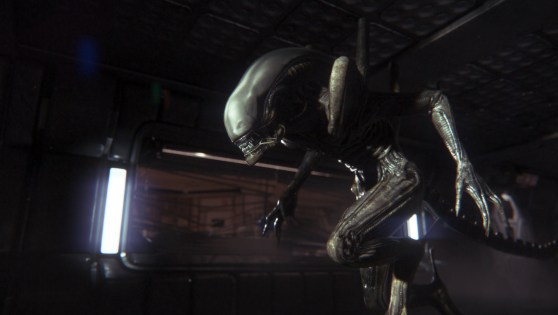 Above: This Xenomorph misses its daddy, the late H.R. Giger

Most video games have badasses for heroes. But this one features a young woman, the daughter of heroine Ripley, who has to use her wits to evade the aliens who have taken over a space vessel. She has to sneak around and hide in metal lockers to escape being detected. Once you’re detected, you’re toast, unless you can put together some makeshift weapons. I’m itching to play this because it brings back that feeling of horror and suspense of the original Alien movie. No longer are you all powerful. You’ve got to cobble together weapons from things that you find onboard the ship. And you have to do things like hold your breath when it really counts. 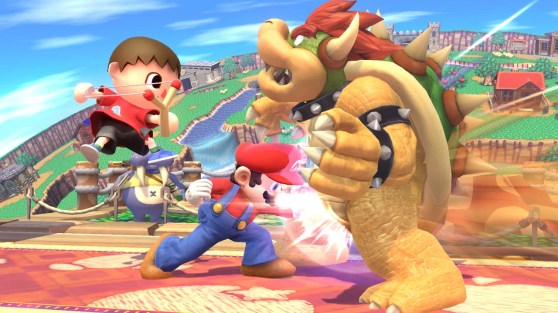 Above: The Wii U version of Super Smash Bros. is one of the system’s upcoming big exclusives.

3. Super Smash Bros. for Wii U

Nintendo announced new details of this game yesterday, touting multiplayer brawls with up to eight people. This is a button masher in an age when gamers have moved on. But for those who are nostalgic for games that bring a bunch of friends together on a couch, this should satisfy them. It’s easy to jump into a match but hard to figure out exactly what is going on. Now Nintendo has added new modes such as a board game mode and lots of customization. You can also purchase Amiibo toy figures that can save a character’s stats and preserve that character’s experience from one game session to the next. If you’ve lost interest in Nintendo’s console, this title might get you to try it out again. 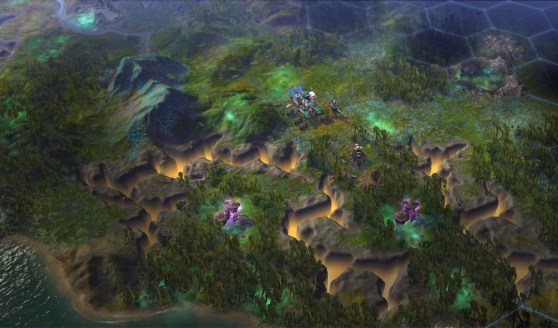 Above: The otherworldly setting allowed Civilization: Beyond earth designers to incorporate new ideas into the strategy series.

This title moves the time-tested Civilization series into space, after global warming forces humanity to take to the stars. You land on an alien planet and have to cultivate it and prevent it from falling into the hands of your rivals. This game has a lot of wonderful creations that you will want to spend hours exploring. It’s a complex game, but if you take time to master all of the data and analytics that the user interface throws at you, you’ll be able to manage a far-flung empire of cities. You can go to a lot of trouble to create a perfect machine, but the planet itself can be your friend or your enemy, launching surprise attacks such as sending giant siege worms against your settlements. The computer-controlled enemies will pursue different strategies toward victory. One rival leader may promote peace to you and then turn around and launch a surprise attack. I had a hard time shutting down the game and going to sleep, mainly because I wanted to try just one more turn. 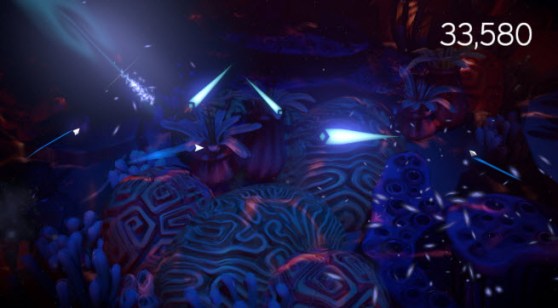 Above: You have to match the direction of the flares with your movements.

If you’ve got kids, this one will get them off the couch. It uses Microsoft’s Kinect gesture-control system to control the game. You can wave your arms or swipe across the TV screen in order to beatmatch with the music. The pace picks up and it forces you to get into motion. Your friends will be snapping smartphone pictures of you as you gesture and turn your body to keep up. The good thing about Kinect for the Xbox One is that it is reasonably accurate and can finally detect your whole body movement, not just your hands. 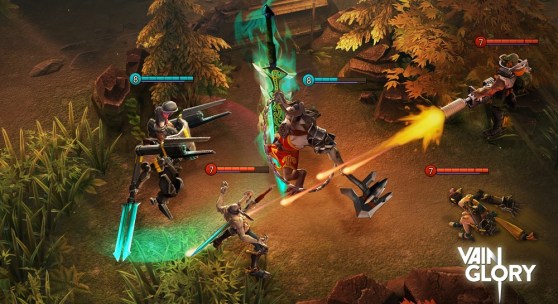 Vainglory comes from a startup whose dream is to bring the action and engagement of hardcore games to the tablet platform. The game is a multiplayer online battle arena game, much like Riot Games’ League of Legends. It’s a fast-action game that requires a lot of attention. If you leave your hero attacking a gun turret for a split second too long, you’ll be targeted and destroyed. You have to build up your skills little by little as the three versus three match unfolds in real-time. The best teams are those that coordinate a strategy and pick off stragglers by surrounding them. The game looks beautiful with 3D graphics rendered by the iPad Air 2 and the Metal feature of iOS. The game play is surprisingly deep, and there are lots of moments where you’re going to shout.