Prior to LittleBigPlanet 3, a LittleBigPlanet game creator’s imagination was only limited by three layers of depth along the z-axis. That’s three degrees in which Sackboy and his friends can move toward and away from the screen. Sony and developer Sumo Digital is not messing around with LittleBigPlanet 3. They’re jumping to 16 layers.

We have to go deeper

One cannot underestimate how this expanded depth will fundamentally change how LittleBigPlanet levels are made and played. With additional layers come a variety of ways to transition from layer to layer, whether it’s using slides, jump pads (with predetermined jump arcs) or other means. Even though LittleBigPlanet 3 is only in beta, I’ve seen how this system of layers can create something as a inventive as a tunnel-based space shooter, not something you normally associate with this series.

The expansion of the z-axis is already enough of an improvement over prior LittleBigPlanets, but developer Sumo Digital didn’t want to stop there. There are portals that work exactly like the passages in the Portal series. By using the PlayStation 4’s Share Factory app, LittleBigPlanet creators can now produce trailers, though without voiceover. You can also wall climb, create quests, set objectives, and save gameplay progress. 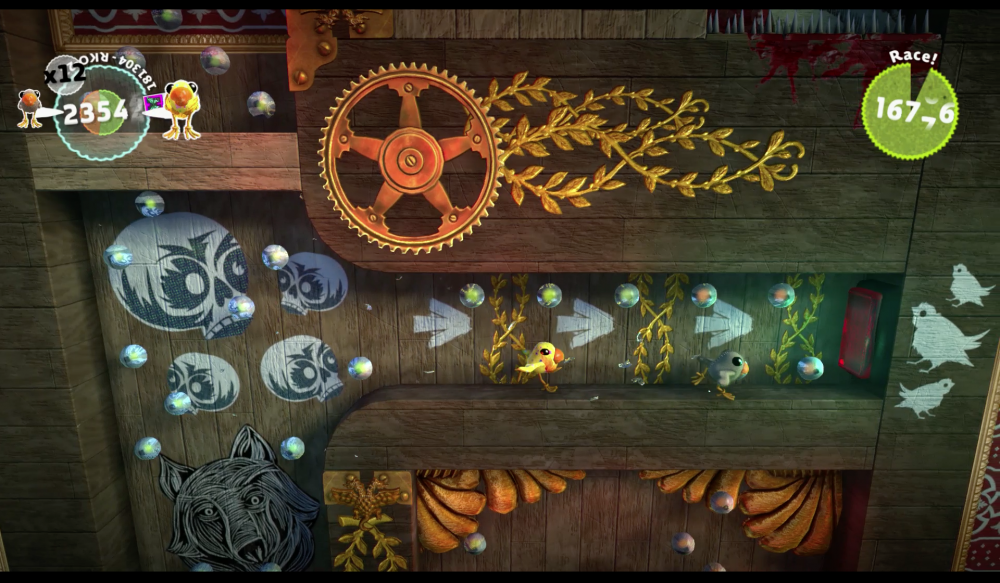 Above: This much wood wasn’t possible in prior LittleBigPlanets.

If I had the luxury of time to create a level that would make the most prolific LittleBigPlanet creators proud, I would base my game around the new roller coaster-inspired rail system. Constructed as easily as any path in the game, I’m excited to see what players will do with the rails especially when this feature has both interactive and non-interactive uses. Series mascot, Sackboy can use the rail as a skyhook to dramatically fly through the air. You can also use the rail to script background animations, like birds or UFO’s flying in intricate and invisible looping paths. I would be very disappointed if someone doesn’t create a LittleBigPlanet 3 remake of Bioshock Infinite, given the presence of these rails.

The creation tools have aptly kept up with these new features. As with prior LittleBigPlanets, the tutorial videos will cover every aspect of what you can design. LittleBigPlanet 3 also introduces Pop-It Puzzles as a complement to the tutorials. These interactive mini levels focuses on key aspects like the use of materials or experimentation with logic. The depth of the logic tools are especially promising as these will be key to making many of the levels narrative-driven ones, where creators will use if/then outcomes to tell in-game stories. Lastly, it will be a relief to longtime fans that you can now edit levels while playing. With the Power-Up tool, you don’t have to switch between Play and Create modes to make design changes, no matter how slight or significant.

As with most any beta, LittleBigPlanet 3 has drawn in many enthusiastic fans, and you can see their excitement is already showing through this pre-release wave of levels. I was particularly fond of ‘Iced Over’, a platformer with a Russian-inspired art style with Fabergé eggs and matryoshkas. This level provides basic ideas on wall gripping, using the new depth of field, and the rail riding. Above: With LittleBigPlanet 3, stories are possible, including cutscenes.

Then there’s ‘Tumble Man,’ which has the look of a track and field event with the single-button appeal of a mobile game. Your athlete is able to tumble as far as he can provided that he continues to touch the ground with nothing his feet. It’s tougher than it looks, and it’s deserving of some fine tuning.

What’s equally fascinating about this beta is how it has become a fertile testing ground for non-interactive technical demos. ‘Sharp 3D Cam’ is simply a camera panning around a basketball court. I can only wonder what its creator, HANFI1311 learned from making this demo, which is why I’ll be keeping an eye on this designer.

LittleBigPlanet 3 is at its best when creators manage to design games that could be mistaken for standalone releases, whether it feels like a hidden treasure on Steam or an iOS game waiting to be discovered. While rough around the edges, I was especially impressed with ‘Jungle Dash!,’ a platformer with a straightforward premise: survive on a conveyor belt. What’s more impressive than the game itself are the features that frame ‘Jungle Dash!,’ like a leaderboard podium, a main menu, and even a title screen.

One of LittleBigPlanet’s strengths has always been its dual appeal as both a level creation platform and, by virtue of its community, the wealth of seemingly limitless games one can play. It’s not inconceivable that some consumers would plunk down $60 just to play other players’ creations. 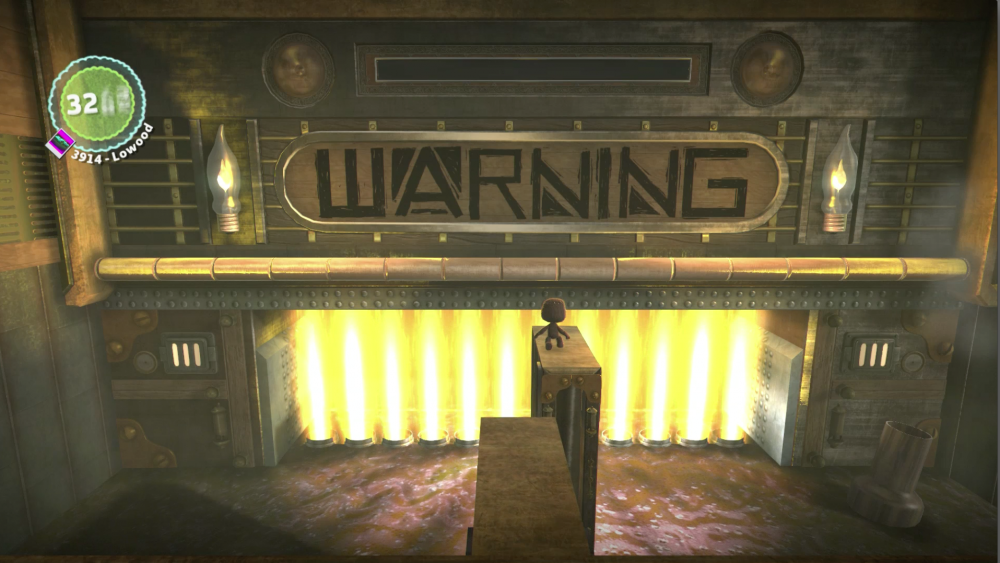 Above: With the depth of field comes dangers from background as well.